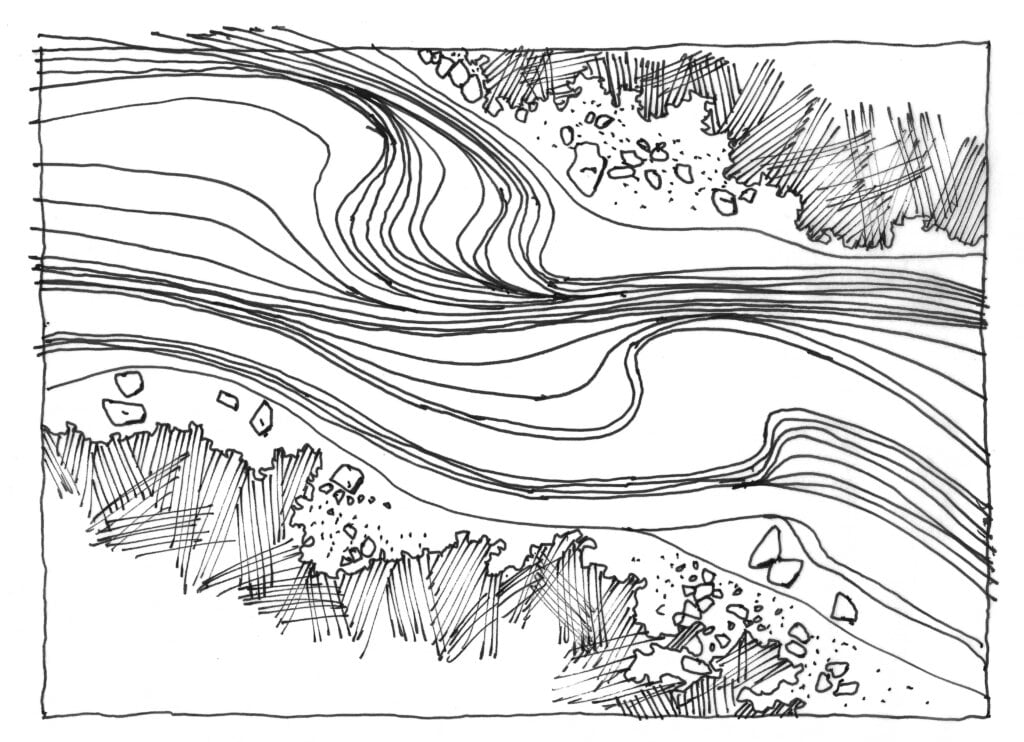 The Flow of Time

I was surprised recently to read in Carlo Rovelli’s “The Order of Time” that time passes faster in the mountains than it does at sea level. This  difference can apparently be readily measured with precision timepieces. This variation in the speed of time can even be measured when objects are separated by just a few centimetres in height. As a sometimes science enthusiast I had read and (I think) understood how time varies with velocity through the principles of Special Relativity, but somehow I’d missed this other characteristic that time varies on earth according to altitude as well.

When you think about though it makes sense . We don’t expect time to describe the detailed workings of the space-time continuum. Time is a human invention, a  classical construct used to assist our quantifying the passage of astronomical events which we call a day, and a year. We refer to time to assist us in describing the events of the past , and the events yet to occur in what we call the future. We rely on time to assist in creating the order of history , and we use history to understand the lineage of our culture .Often we refer to past events to assist us in understanding the present, or possible outcomes in the future. We tend to think that the barely detectable time variations as described by the quantum physics examples above will have little effect on our experience of the passage of time, whether at the beach, or climbing a hill, and of course you would be right. However its not correct to assume that our understanding of the passage of time is a constant for everyone, in fact we moving to different drumbeats.

We use timescales such as 100,1000,50 thousand ,50 million years ago to describe personally unrelatable events that are important nonetheless in providing a lineage and understanding of the current world, universe and our place within it. Events from the distant past however we would not consider relevant to the culture of today.

Instead, when it comes to understanding cultural change we often use our memories to identify stages or events from our past .We use our personal experience of time to place, notions such as- ”when I was a teenager”, “my favourite tunes from the “80s”, or “when I first started working” to establish a point in the past, and to create a timeline that we can then use to contrast against events of today. But what if our experience from years ago is as irrelevant as events from a million years ago in assisting us in understanding the rhythm of life and the pace of change?

We only need to go back 42 years, to 1977 when the invention of the personal computer revolutionised  processing and calculation and introduced a gear change in our ability to do more in less time. We only need to go back 31 years to the creation of the internet, 29 years to the creation of a smartphone, with the apple I-phone invented a mere 13 years ago in 2007.This same period has also seen the invention of GPS ,IVF, nanotechnology, the human genome project, the hadron collider, Amazon, Facebook and the Tesla electric car being the latest arrival in 2017, only 3 years ago. What has characterised this period is not just the range of invention, but also the speed of commercialisation of these inventions to market. These inventions have significantly changed the way we live and work in a short period of time, and moreover this pace of change in our lives is set to be ever increasing.

So when we refer to our personal past, for example how events may have played out when I was a teenager(which is about 40 years ago), is this a relevant reference point to the world of today? Possibly not, in reality its more like ancient history. If we want to  refer to a relevant past it’s probably more reasonable to consider events from the past 15 years, not 40. Moving forward this time gap may well be too great ,and so 10 or even 5 years may become the limit of history which can be used to make a relevant reference or contrast to events of today.

Can we predict the future? What will the world be like in 20 years? Maybe a better question is “When is the future?” . Given the ever increasing rate of change, predicting a world in 20 years is probably the same as predicting the world in 100 years. However that doesn’t mean we cant predict the future. Just as the past is now not very long ago, the future is similarly not that far away, and we can see it already. This is because events which may have taken 20 years to come to fruition will now become part of our lives in a short timeframe. Artificial Intelligence ,gene splicing, quantum computing, big data analytics, autonomous vehicles, space tourism, and maybe even fusion power help to outline a very different future we can probably anticipate.

As individuals we each have an internal metronome which assists in establishing the rhythm of our lives which is built up over our years of existence. Our social fabric too has its own rhythms, religion and politics for example move or evolve at a particular pace. However we can now see different parts of our society are working at different speeds , in other words they are mis-aligned. This is evidenced by the rapid development of global platforms such as Facebook, Amazon, Apple, and Netflix and the inability of governments to effectively respond to issues such their practices , businesses models and taxation. Mis-Alignment isn’t sustainable over the longer term, and so culturally all parts of society will need to be capable of effectively responding to an ever faster pace of change. 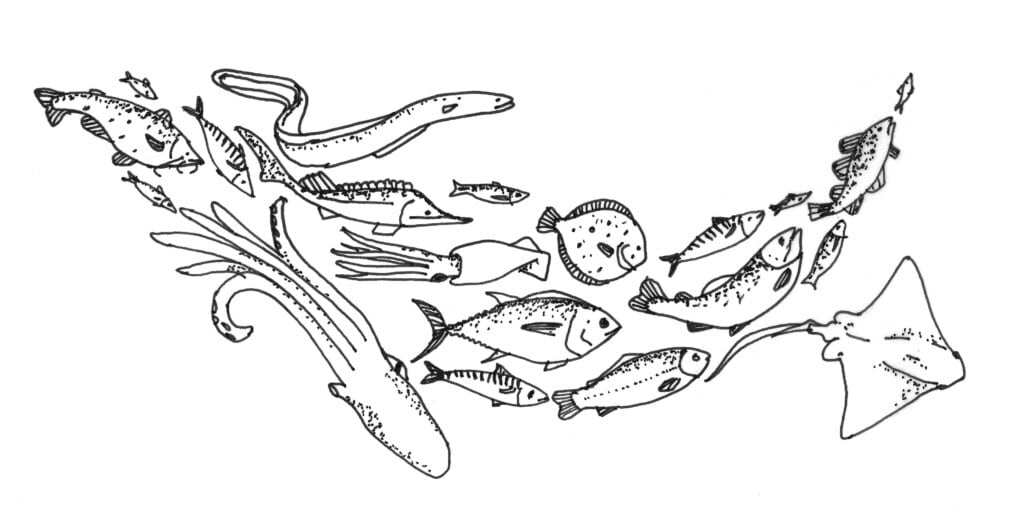 Architecture is changing quickly as well. Digital tools have revolutionized the speed with which design and documentation can be generated, and provide greater freedom in creating and constructing architectural form. Building briefs continue to evolve at pace, as organisational and aspirational objectives are formulated in consort with a dynamic cultural environment. New construction systems, construction technologies, and construction methodologies are reinventing

how we build,what we build and the pace at which we can build. In essence no new building project is a replica of one previous , but a unique response at a moment in time.

In addition to this speeding up of architectural evolution,  another feature of the current state of architecture is the diversity of approaches to architecture, from Phenomenology(1) to Object Oriented Ontology(2), which can all be supported and explored as differentiated theoretical positions to guide architectural design, via the connectedness of the world wide web. So not only is the field of architecture changing quickly, but there is an expanding series of subsets of approaches which are additionally branching out in different directions.

The current state of architecture shouldn’t be considered an aberration, but moreover it’s a natural product of an increased speed of entropy(3), made possible by the digital revolution. We are in a period of increased architectural entropy. Possibly this describes the state of the broader world itself, where we are experiencing increased entropy( or activity ) in line with an approximate description of nature , following the Second Law of Thermodynamics(4).

How do we validate the merit of architectural design as our focus changes year by year within an expanding  range of sub-sets? For about the last 70 years the standard method used to discuss architecture has been the Post Modern Critique, with the suite of tools including phenomenology, the intellectualisation of architectural discourse, the narrative of historical continuity, and the celebration of the tectonic aesthetic . Maintaining this construct doesn’t seem appropriate in a time of rapid change and diversity.  Architecture can no longer be defined by simple typologies where we might group buildings according to their use, and then proceed to discuss them against a common framework of criteria. 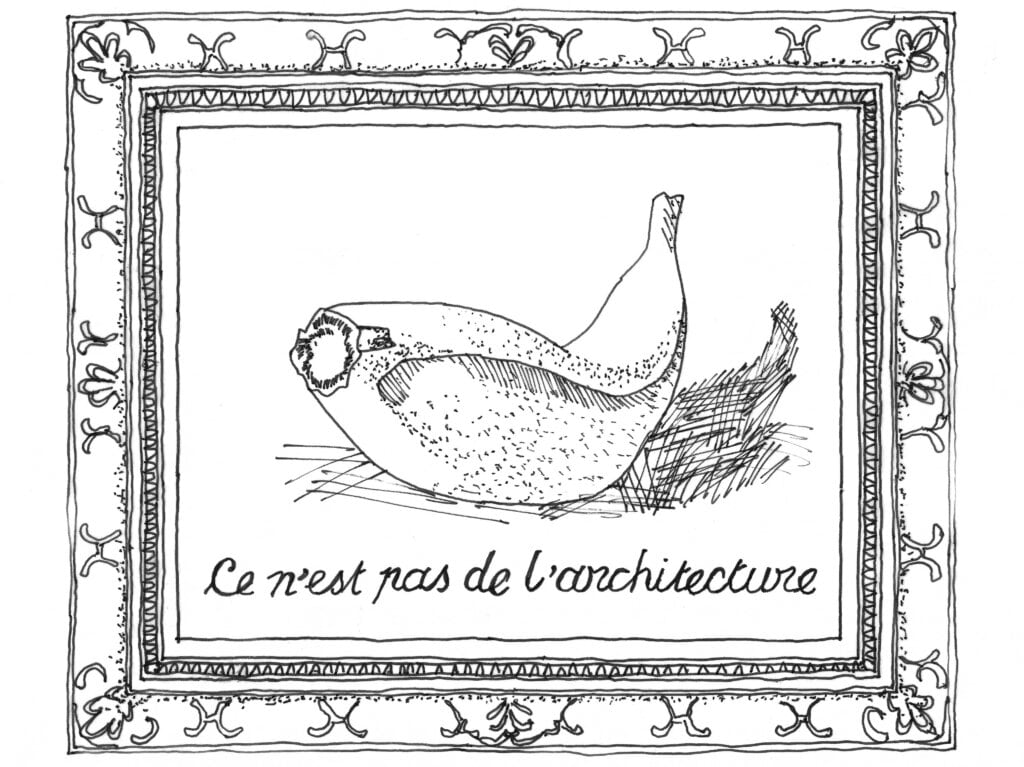 A simple analogy is to consider the family of architecture as a fruit shop. The Classical architecture  fruit shop contained just apples. The shop stocked different varieties of apples, to suit different tastes and different purposes, but the whole of architecture was considered a shop only of apples. Consequently it was simple enough to compare apples, both within their own variety, and then collectively , and it was possible to even come to a consensus on the best apples in the shop. Today’s architecture fruit shop has expanded the offer, there are pears, oranges, pineapples, bananas, passionfruits, mangoes(my favourite) amongst the bounty of choices. Comparing architecture today is like comparing an apple and a banana – which is the better fruit?

Traditional approaches such as the construction of a classical narrative, or comparative analysis using a suite of common attributes are no longer useful methods with which we can carry a discussion that services the current state of contemporary architecture. It is nonetheless useful to consider architecture as a whole, but we must do it in such a way that it doesn’t discriminate against alternative views and  aligns with our situation of architectural entropy. We need a way to discuss architecture not through the arc of time, but as it exists in the present, at any moment.

Perhaps a better approach to do this is to develop new criteria which may assist. Maybe the questions we need to ask are those such as- What is the nature of your experiment? What are you seeking to validate? What are your findings? Why is it of interest? Approaches such as these may be better way to create a dialogue for the rich tableau of contemporary architecture during this time of Architectural Entropy.

1.Phenomenology – In architecture, Phenomenology is demonstrated by the manipulation of space , material and light to create an encounter experienced by the human senses.

2.Object Oriented Ontology- Rejects the privileging of the human experience over the existence of non-human objects.

3.Entropy-Entropy is the measure of the randomness or disorder of a system

4.The Second Law of Thermodynamics states that the state of entropy of the entire universe, as an isolated system, will always increase over time.

When the old meets the new: The Gordon's context sensitive rejuvenation - News