An A-grade commercial office building, originally built in 1988, this two-tower building straddles the design traditions of Brutalism and Postmodernism. Despite being conceived as a unified space with a large atrium, over the years the ground-floor lobby—which spans both towers—had become disjointed, with ad-hoc retail tenancies and inconsistent materials and ceiling heights creating a somewhat messy series of unremarkable spaces.

Gray Puksand was engaged to unify these spaces, create a consistent design language, and modernise the ‘first impression’ of the building for workers and visitors. “Our goal was to unify the entire lobby space for the North Tower and the South Tower and to activate the ground plane, which is really the welcome mat for both towers,” explains Gray Puksand State Partner, Nik Tabain. “Given that the building is opposite Flagstaff Gardens, our primary aim was to get a feeling of bringing the park inside. That was at the heart of our design concept.”

“It really feels like a bustling internal street. We set out to bring the park inside, and we’ve done that successfully, but it also feels quite urban,” Tabain says. “Even people who don’t work in the building are using the lobby now as an enjoyable walking route, rather than walking down one of the darker lanes.” 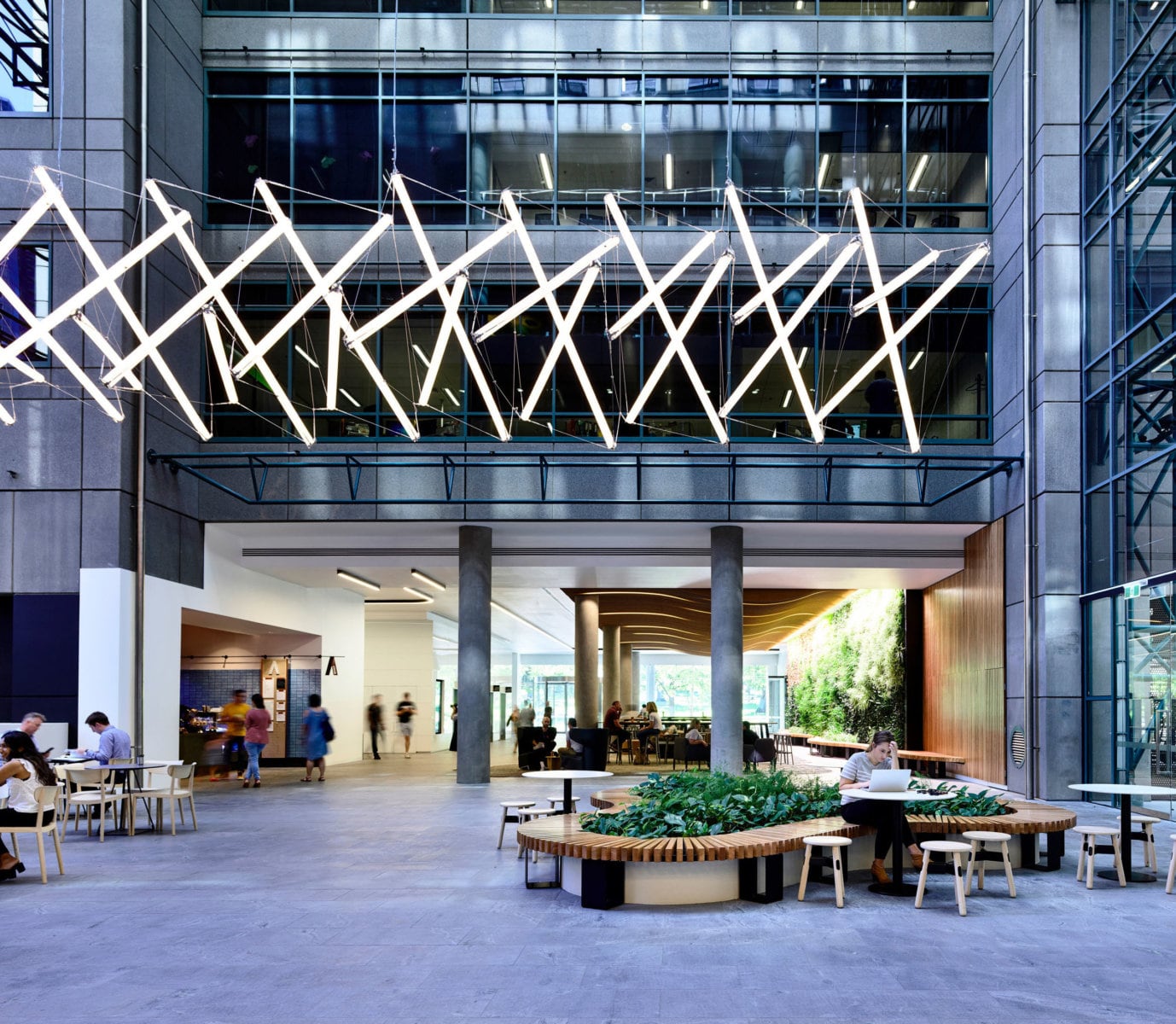 The most noticeable feature of the new interior that plays to this inside/outside feeling is the 30-metre-long Junglefy ‘breathing wall’. With over 4,000 plants, the complex wall system works to filter the air in the space, creating a more breathable atmosphere.
Nik Tabain, Partner, Gray Puksand 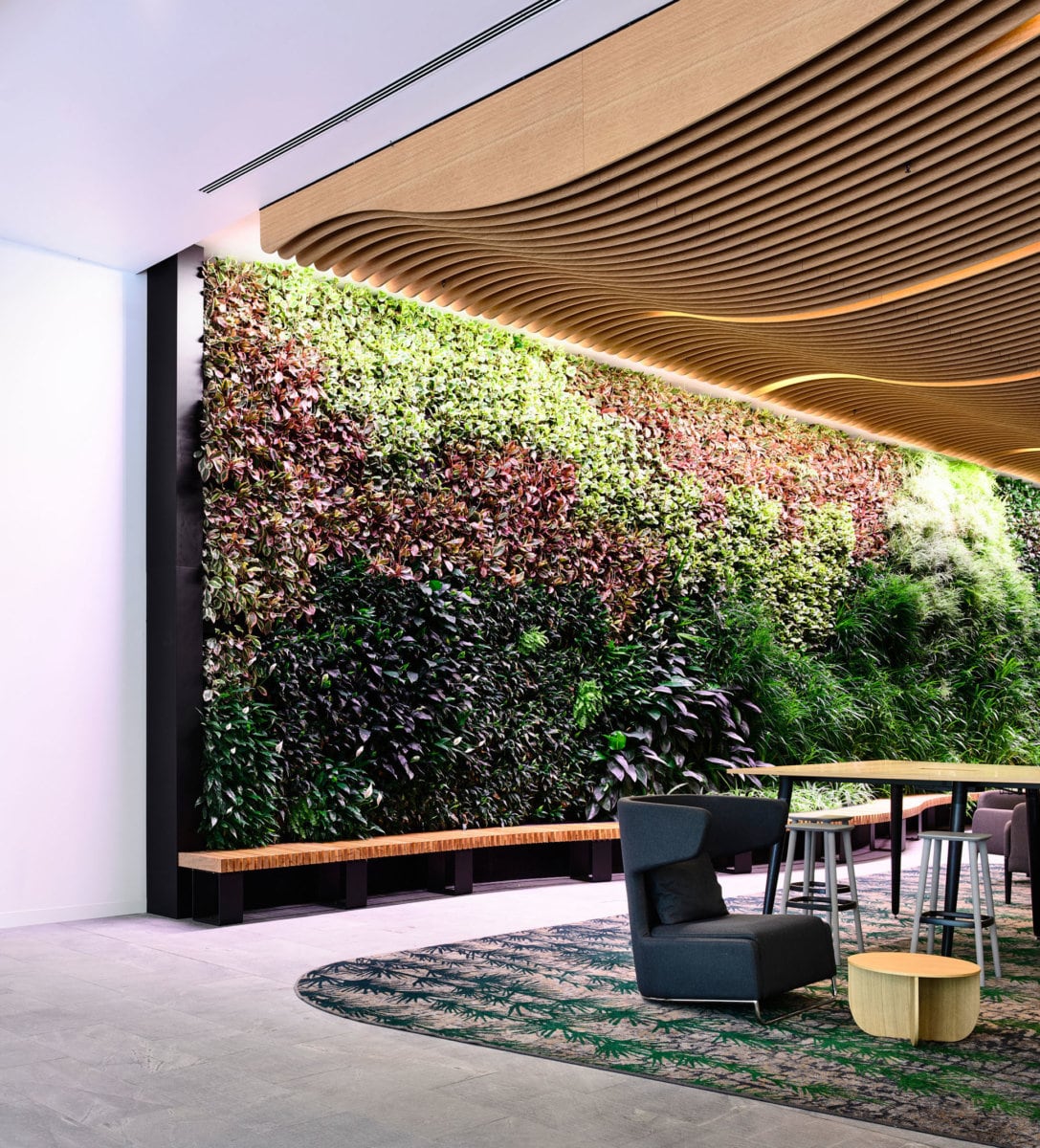