Creating a dynamic new building for an iconic Australian brand.

Target has been a mainstay for many Australians since it was first founded back in 1926. Although the company has grown to become the country’s largest department store by number, with 301 stores in operation, its roots can be traced back to Victoria’s Geelong region.

It was only fitting then that when it came time for a new headquarters that it would be located in Melbourne’s west. Situated within the Cedar Woods master-planned community of Williams Landing, the new headquarters creates a distinct destination for all the employees.

Architecturally speaking, the new building is defined by a dynamic façade that plays upon the site and its corner location. Given that the building sits in a reasonably new development zone, it was critical that it stand strong, allowing the brand to leave an impression. 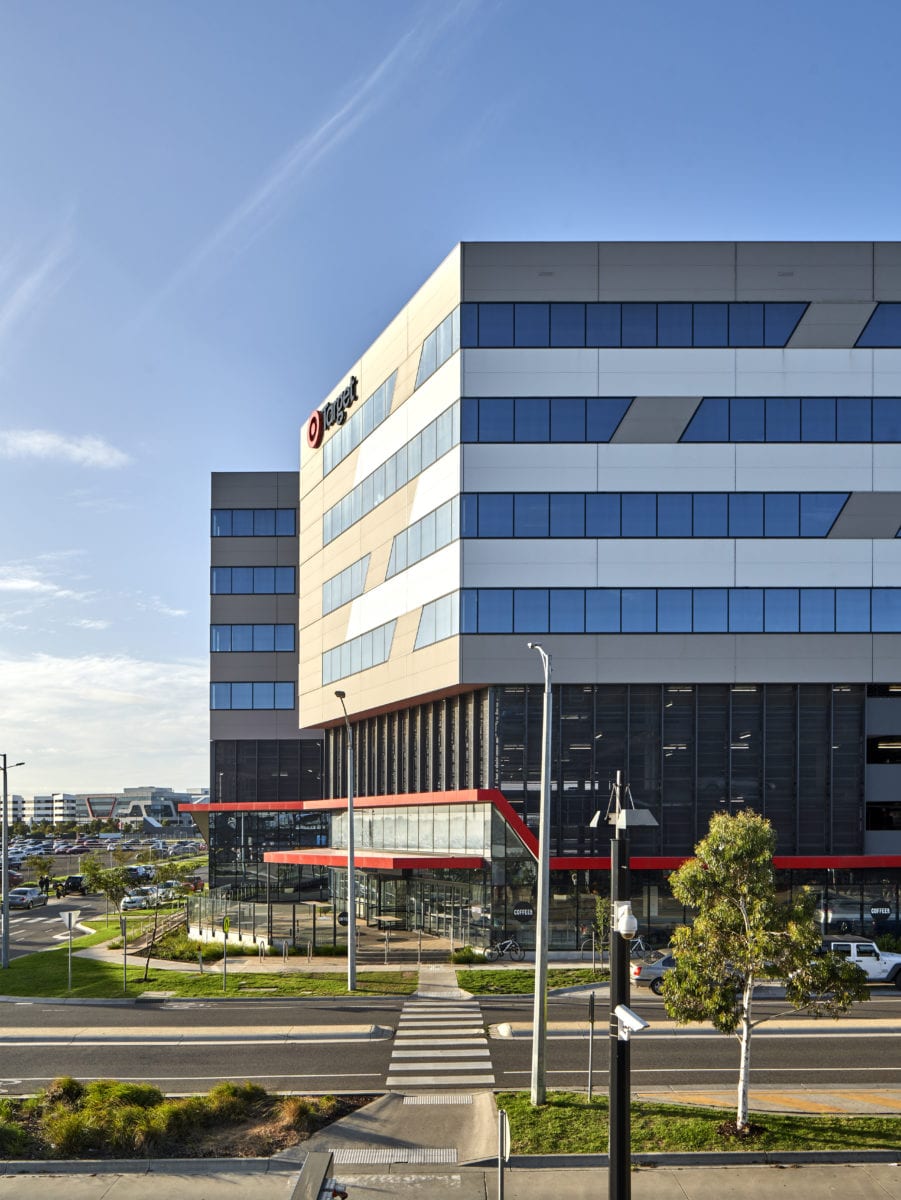