A glazed lantern rises above Albert Street to create an iconic identity for this East Melbourne commercial building.

Designed to establish a new benchmark for commercial property in East Melbourne, the proposal for 204 Albert Street delivers a lasting positive architectural contribution for one of the city’s most pre-eminent precincts.

With no existing premium grade commercial space on offer in East Melbourne, the design capitalises on this gap in the market through the creation of sought-after high-quality office space.

As one of Melbourne’s earliest suburbs, East Melbourne has a rich architectural history. A respect of the traditions and characteristics of this unique part of Melbourne was essential to the design philosophy.

The proposal for 204 Albert Street delivers an iconic, sophisticated architectural solution that complements the existing architectural fabric of the site while retaining its prominence within the streetscape.

Retractable balcony screens along the northern façade create a direct connection to the outdoor environment for office spaces at the lower level.

On the floors above, the floorplate is designed to optimise views of leafy East Melbourne ensuring the commercial value of each office space is maximised.

At street level a masonry base is established for the scheme, with the existing facade complemented by a masonry frame that extends around the perimeter.

A glazed lantern rises above creating an iconic identity for the project. The patterned glass on the primary facade creates a sophisticated, contemporary character which references the craftsmanship of cut-glass from an earlier era.

Set back from the existing facade, the new tower features a stepped profile that provides a receding architectural response from Albert Street.

The building has been designed with a 6 Star Green Star rating and Platinum WELL Building Standard Certification in mind. 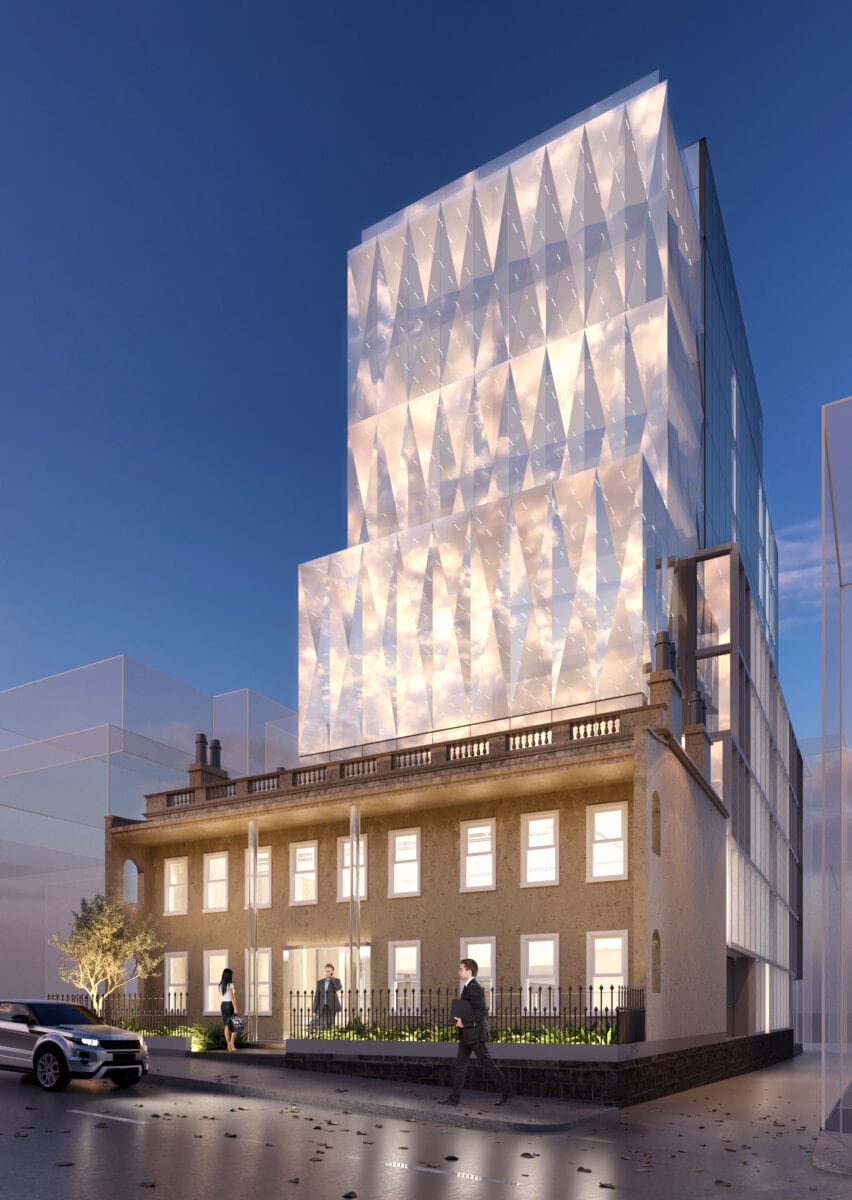