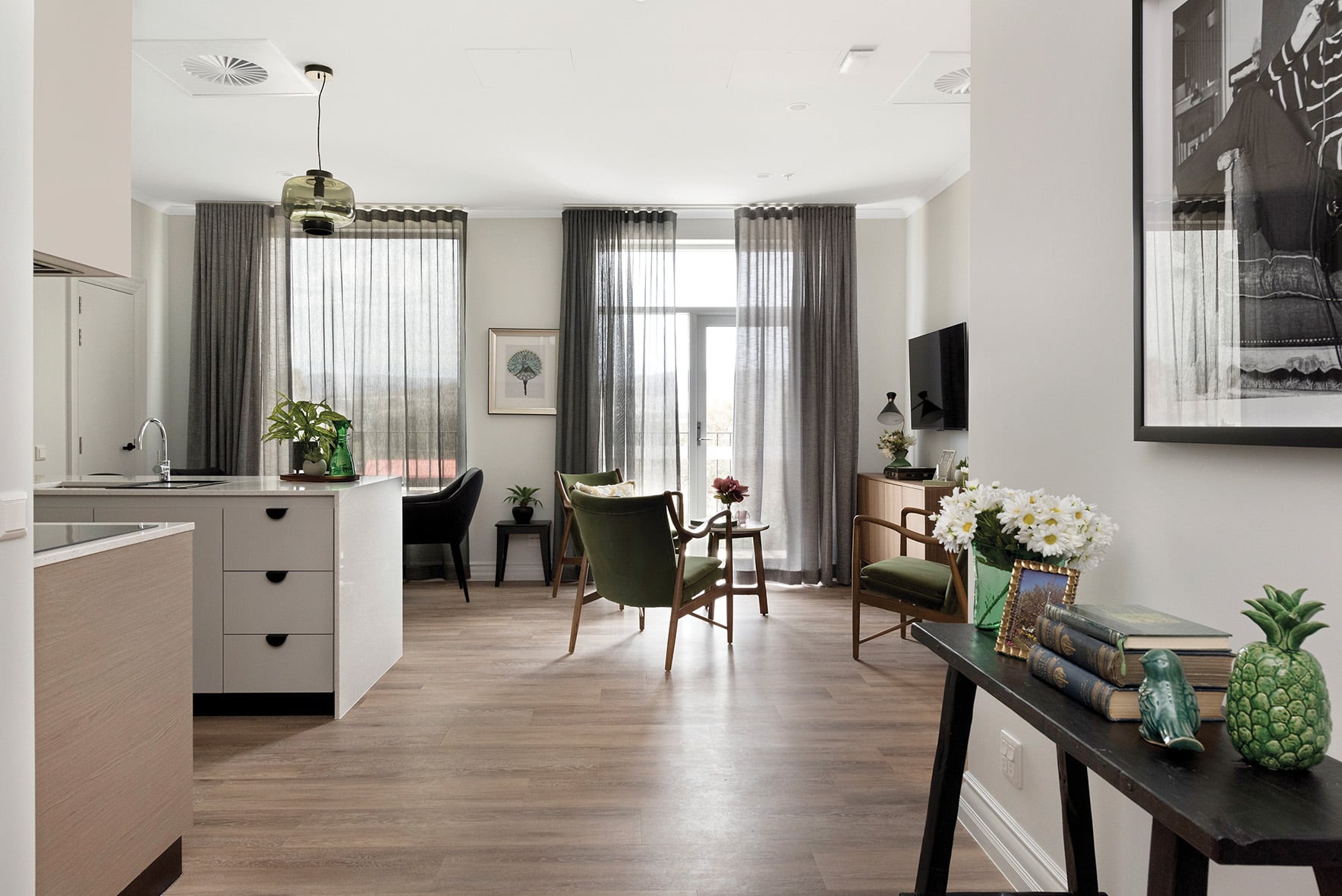 Resting the Case for Ageing in Place – at Scale

Greenway Views, designed by Gray Puksand for LDK Healthcare and Cromwell Property, rewrites the book on design for retirement living and aged care – and it strikes a chord.

For too long, Australian aged care facilities have looked and felt as if to be some strange hybrid between hotels and hospitals. While both typologies undoubtedly have their use cases and can present comfortable  living environments (albeit, in small doses) neither is particularly personable nor suited for long term residency, wouldn’t you agree? Worse still is the gaping flaw in the sector’s prevalent service model, in which the disconnect between ‘retirement living’ and ‘aged care’ sees vulnerable seniors displaced from one (more hotel-esque) home to another (more hospital-like) when age starts to demand greater physical care. Greenway Views by Gray Puksand, on the other hand, presents a new standard of senior living – one in which atmospheric health, ageing in place and genuine quality of life prevail.

Located in Canberra, the joint venture between LDK Healthcare and Cromwell Property and delivered by FDC Construction and Fitout breathes new life into five buildings, each with two wings, previously occupied by the Federal Government Department of Social Services. As much an exercise in human-centred design as it is a case for adaptive reuse, Gray Puksand’s design champions a resounding connection between place, community and care, while empowering residents with a deserved sense of freedom and dignity that goes unparalleled in the aged care and retirement living sectors.

Designing around the core values of love, decency and kindness, Gray Puksand set out to capture the essence of atmospheric health. 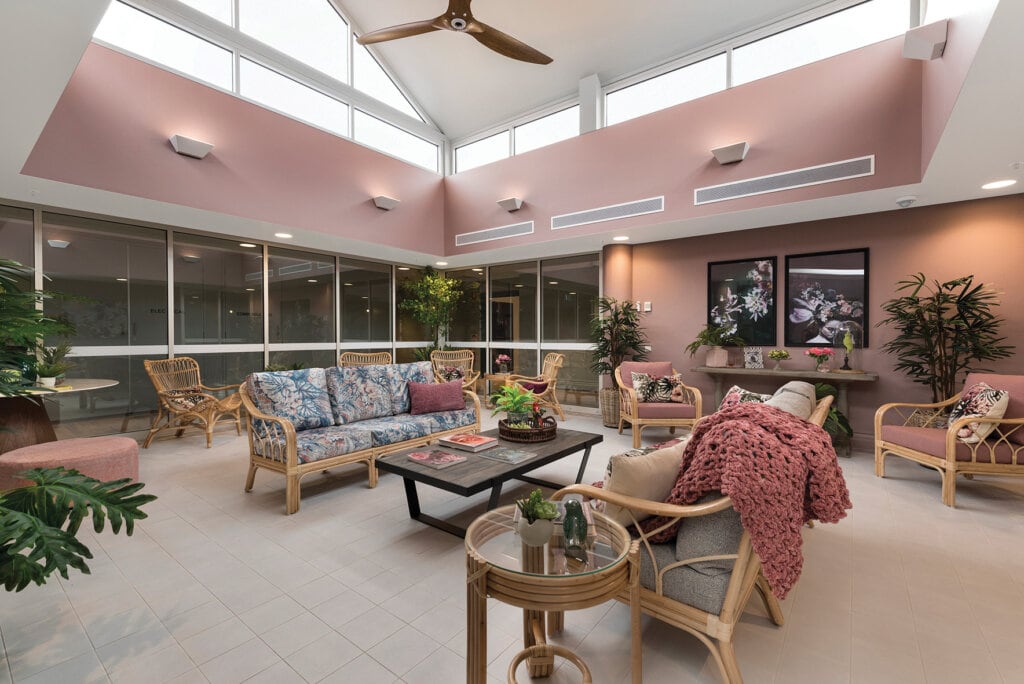 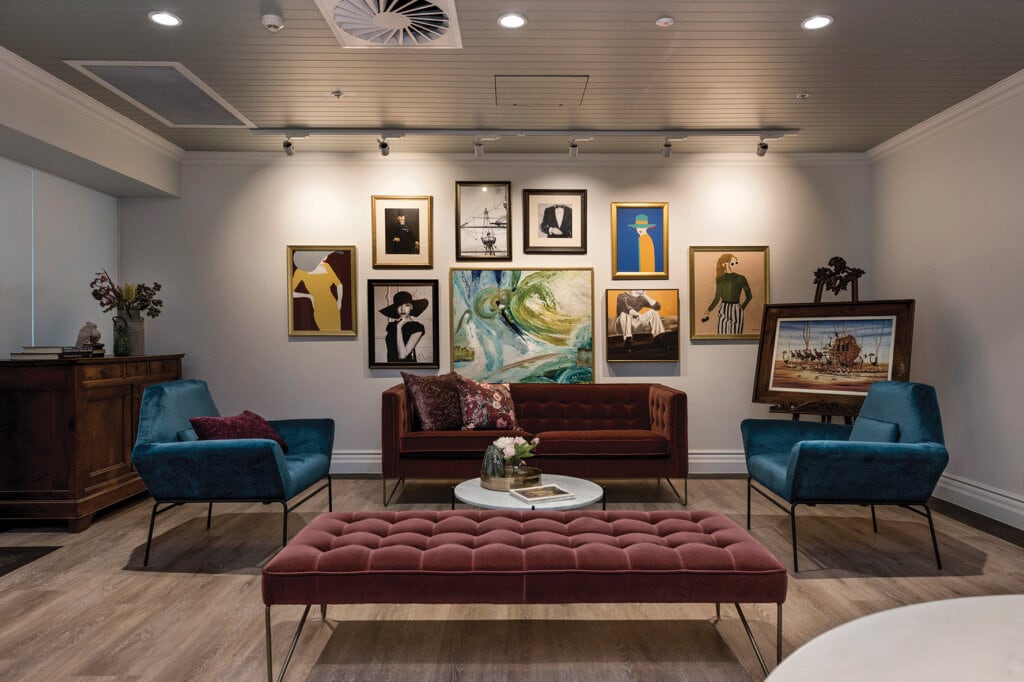 Inspired by the late Mr. John Buckley, a former resident of LDK Healthcare, Gray Puksand set out to capture the essence of atmospheric health. Mr. Buckley imparted invaluable insight into the emotional experience of the ageing process and being treated in a considered way while on that journey. The crux of his advice was to provide a better quality of life for senior living, through environments that herald wellbeing and hominess. Channeling the psychology of colour and designed around the core values of love, decency and kindness – the very values that put the L, D and K into LDK Healthcare – Gray Puksand’s design for Greenway Views does just that.

The interior design taps into the imperfect essence of people’s homes and their eclectic nature.

“The overarching idea is to build a home that you would want to live in or have your parents live in,” says Maria Correia, director of interior design for Gray Puksand’s Brisbane division, who worked on the project. “Our design aims to balance residents’ needs and aspirations as well as their functional needs,” she explains. Separated into three distinct buildings –  Arawang, Blundell and Cotter – the villages’ programme is designed to encourage exercise and socialisation while empowering residents with the freedom and independence to lead fulfilling lives.

Colour philosophy is tastefully applied throughout the interior design, acting as a wayfinding tool, combined with interior furnishings, lighting and décor that help the spaces to feel distinctively different, as well as a tool to enhance overall wellbeing. 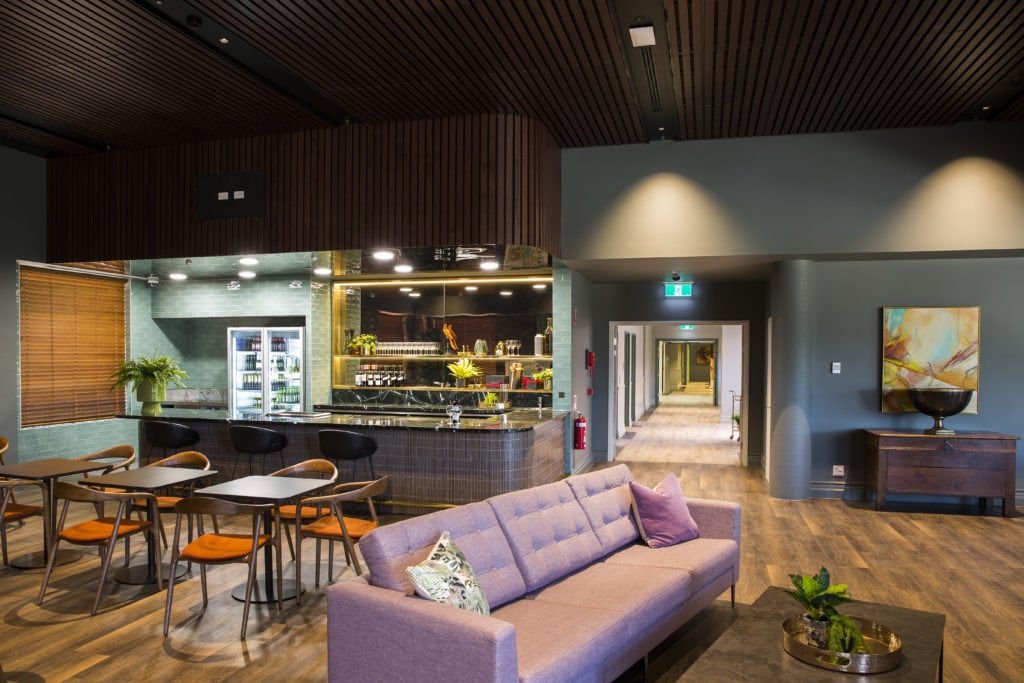 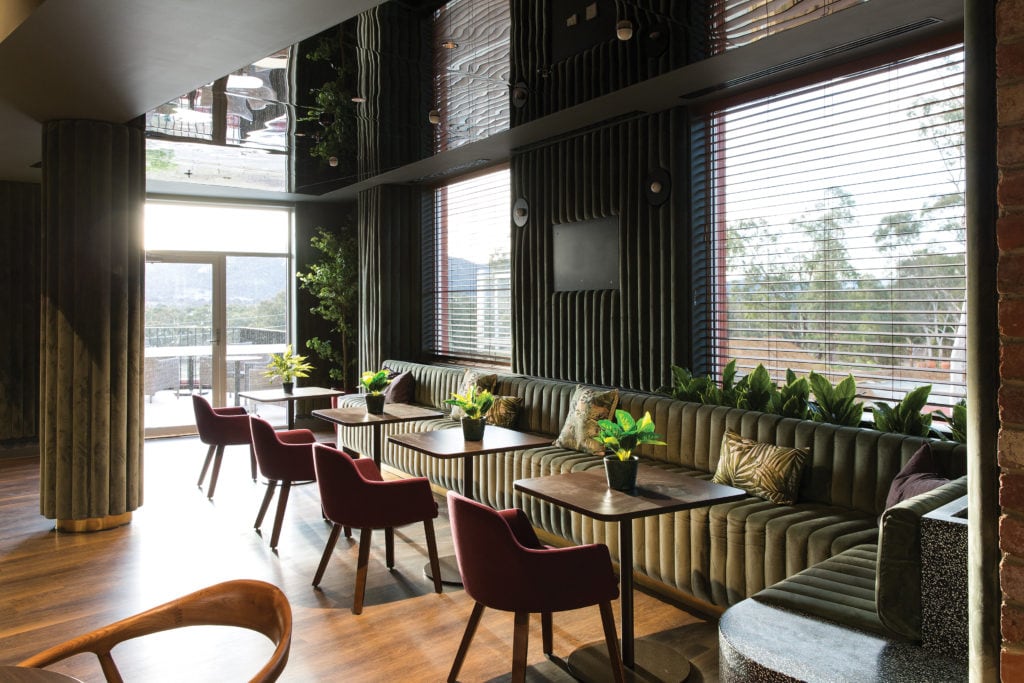 The Arawang building houses Greenway Views’ dementia care facilities and takes on a palette of blues to promote a sense of calmness and serenity; the Blundell building comprises many of the communal and activity spaces, such as the bar, library, theatre, grocer, cafés, restaurants, barber/hairdressing facilities and more. As the main social hub of Greenway Views, Blundell is characterised by green hues to imbue a sense of life, renewal and energy; finally, Cotter is dedicated to the residential suites, where orange and rust tones inject an air of warmth and joy that extends to the common areas and beyond. This departure from the conventionally neutral palette that has long dominated the scene marks one small step for design and one great leap toward creating personable spaces that better nurture the memories and overall psyches of residents in aged care.

Colour philosophy is tastefully applied throughout, acting as a way-finding tool as well as a tool to enhance overall wellbeing.

In such a sector there are inevitably some critical, rather clinical, boxes to tick. Tending not only to the warm fuzzies, but to the more austere necessities of senior living too, the project is designed to cater for seniors across the complete spectrum of care needs, from zero to a hundred per cent. The difference here, is that Greenway Views does so based on the principles of ageing in place. Ultimately offering residents one last ‘forever home’, Greenway Views is fully equipped to scale up the level of care required in accordance with needs as they inevitably change over time, but in each residents’ own time. 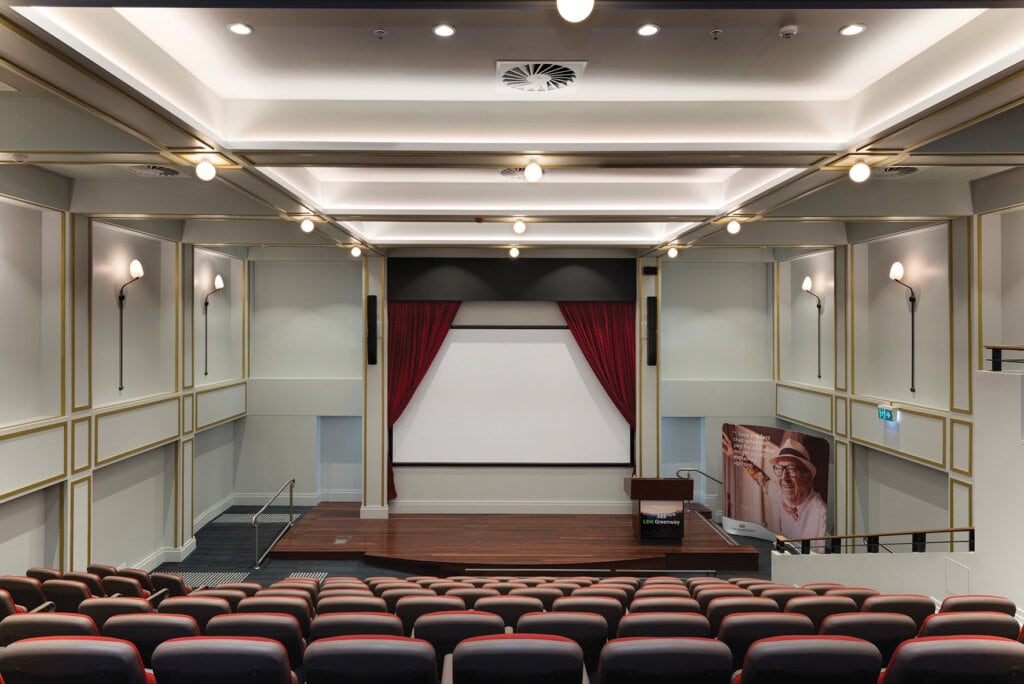 The programme is designed to encourage exercise and socialisation while empowering residents with the freedom and independence to lead fulfilling lives. 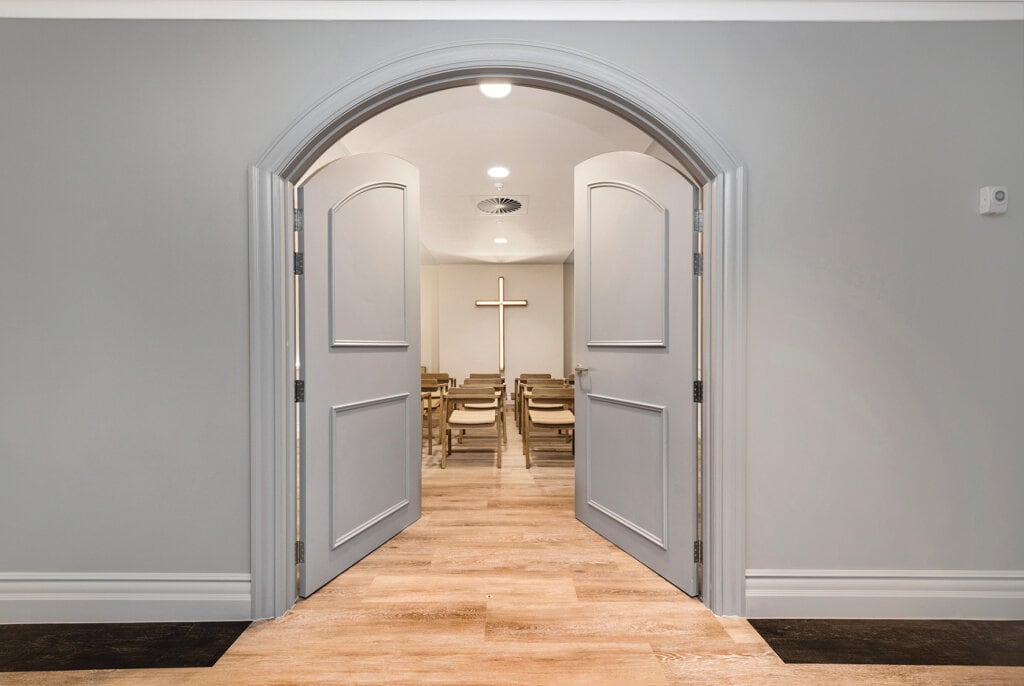 “The clients’ vision has been the secret ingredient for this project,” says Correia. From her humbly altruistic perspective, the design of Greenway Views was never about her aesthetic tastes as an interior designer, nor those of any other designer on the project, for that matter. It was about “tapping into the essence of people’s homes and their eclectic nature”. Quite intentionally, Correia and her team strayed away from using the most conventionally fashionable finishes and furnishings of today. Instead, the interior design takes its cues from our grandparents’ houses, as perfectly imperfect as we know and love them to be.

Greenway Views puts an end to the disconnect between retirement living and aged care, delivering the best of both worlds – community and care – in one, encompassed by the principles of ageing in place.

Above and beyond all that, the project was about rewriting the book on retirement living and aged care. That goes for everything from LDK’s business model and service design – which is most simply surmised as a scalable solution for ageing in place in vibrant, active communities – to the abandonment of conventionally contemporary finishes and furnishings and the challenge of what makes material products fit for use in senior living communities that span the spectrum of a seniors’ life journey. The result certainly seems to have struck a chord, with Correia able to share anecdotes of potential Greenway Views residents coming to view an apartment, falling in love with it and refusing to leave – even to sign the papers – for fear that another couple might come along and try to snag their new home while they were gone. 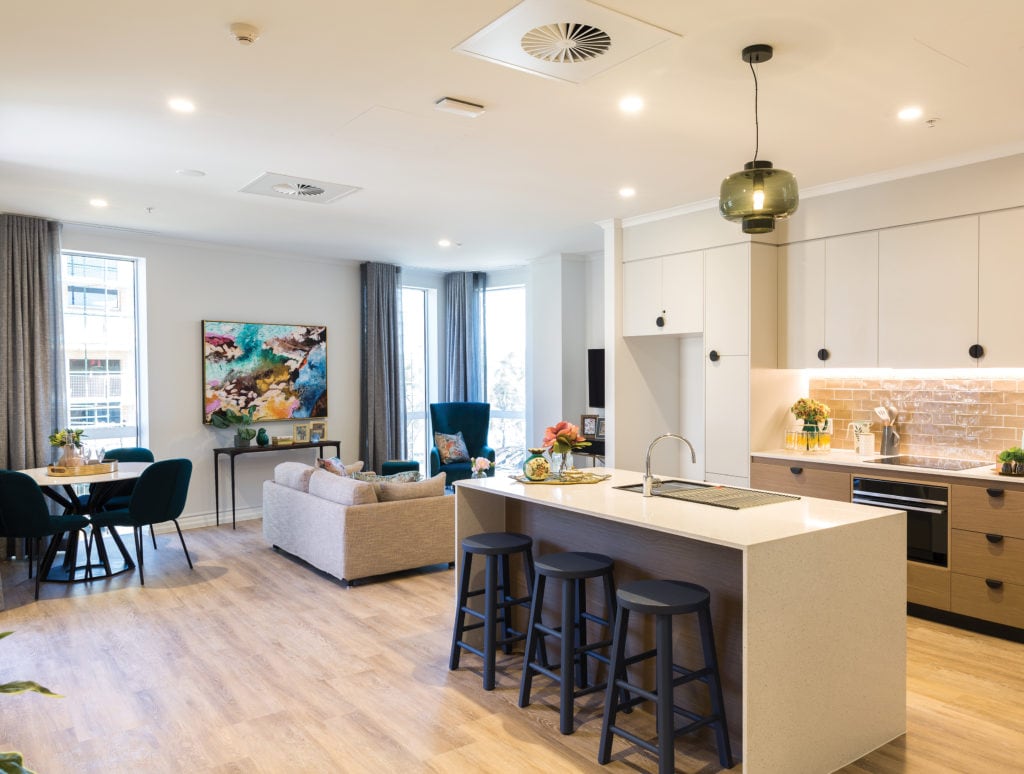 “The clients’ vision has been the secret ingredient for this project”

From the events that led up to the Royal Commission in 2018, right through to the more recently devastating narratives surrounding aged care during the health crisis of COVID-19, this is a sector that has long been in desperate need of TLC. Suffice it to say that meaningful change calls for more than just an aesthetic makeover, something that is not lost on Correia, who readily praises LDK Healthcare as the true game-changer in this case. Even so, Gray Puksand has taken LDK Healthcare’s pioneering humility and empathetic approach to senior living and run with it, eloquently bringing the vision for a new model of senior living to life. Breaking away from the hospital-hotel hybrid mould, the design of Greenway Views by Gray Puksand is as refreshing as it is right. 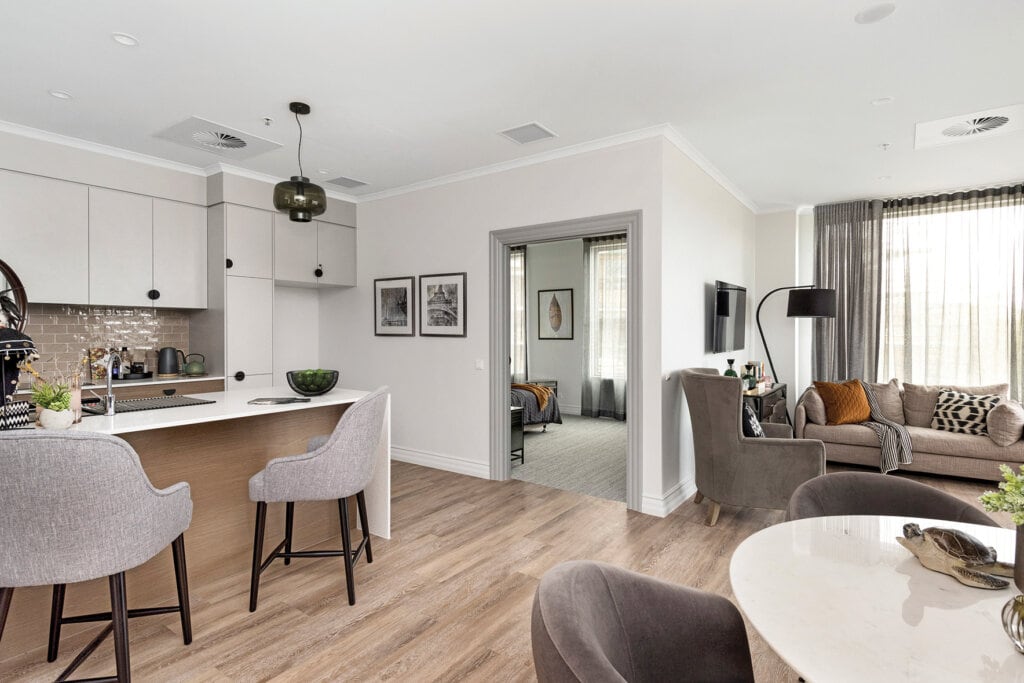 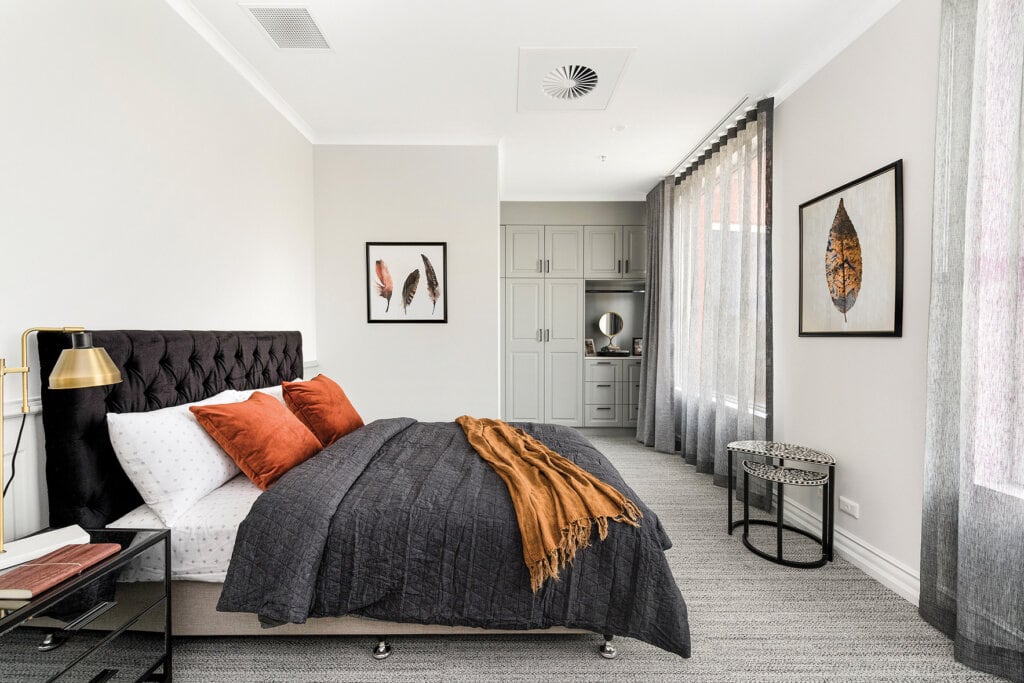