Gray Puksand completed a $1.8 million residential project at 42 Cole Street, in the Melbourne suburb of Brighton.

Completed in February 2016, the house was designed by Robert Puksand, Founding Partner at Gray Puksand, as his family home. Field House is the result of Puksand’s personal exploration of architecture as a protagonist for creating happy spaces, and takes its name from the idea of making space with amorphous architecture that attempts to overcome traditional interpretations of ‘outside’ and ‘inside, and even ‘house’.

The design engages with the width and depth of a 460sqm site with a total built floor area of 500sqm over three levels. The ground floor serves as the primary living zone, with ancillary spaces provided above and below this level. Puksand says that Field House is designed to be seen as an arrangement of planes that appear to float and connect in unexpected ways to create a field where the occupant can engage in space which is striated and sandwiched. 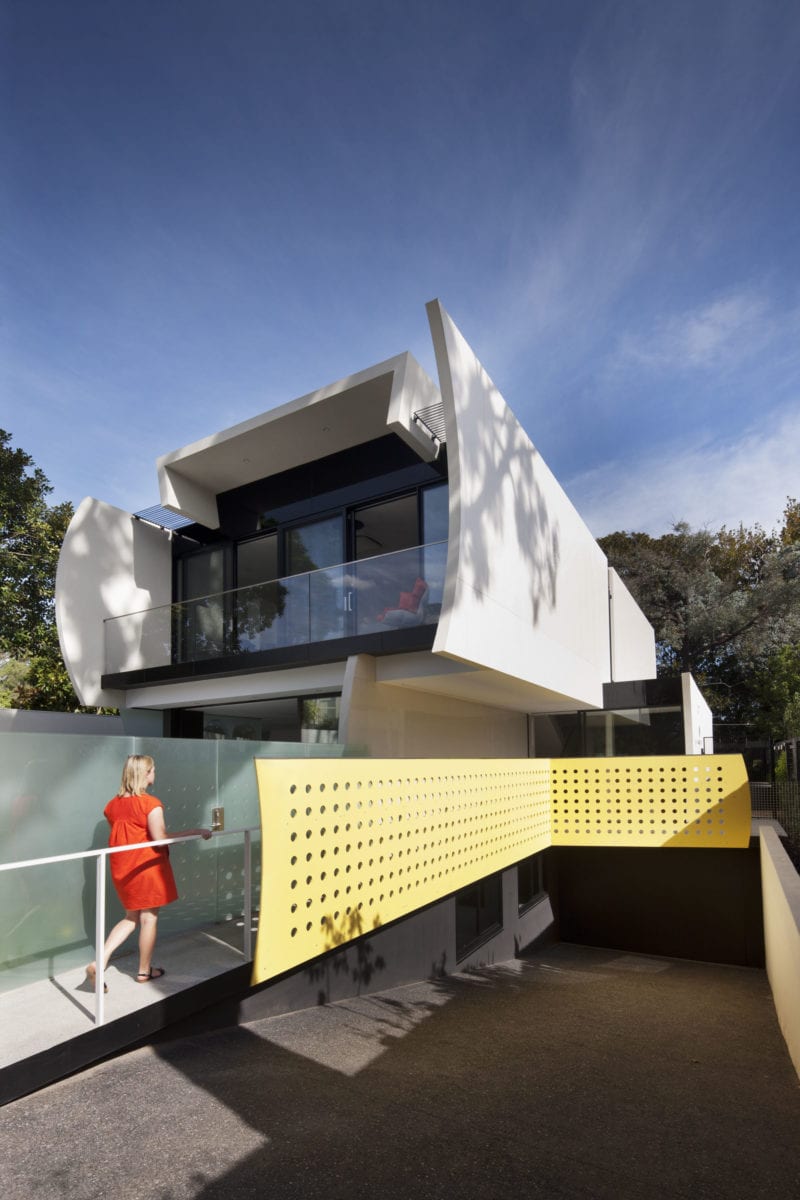 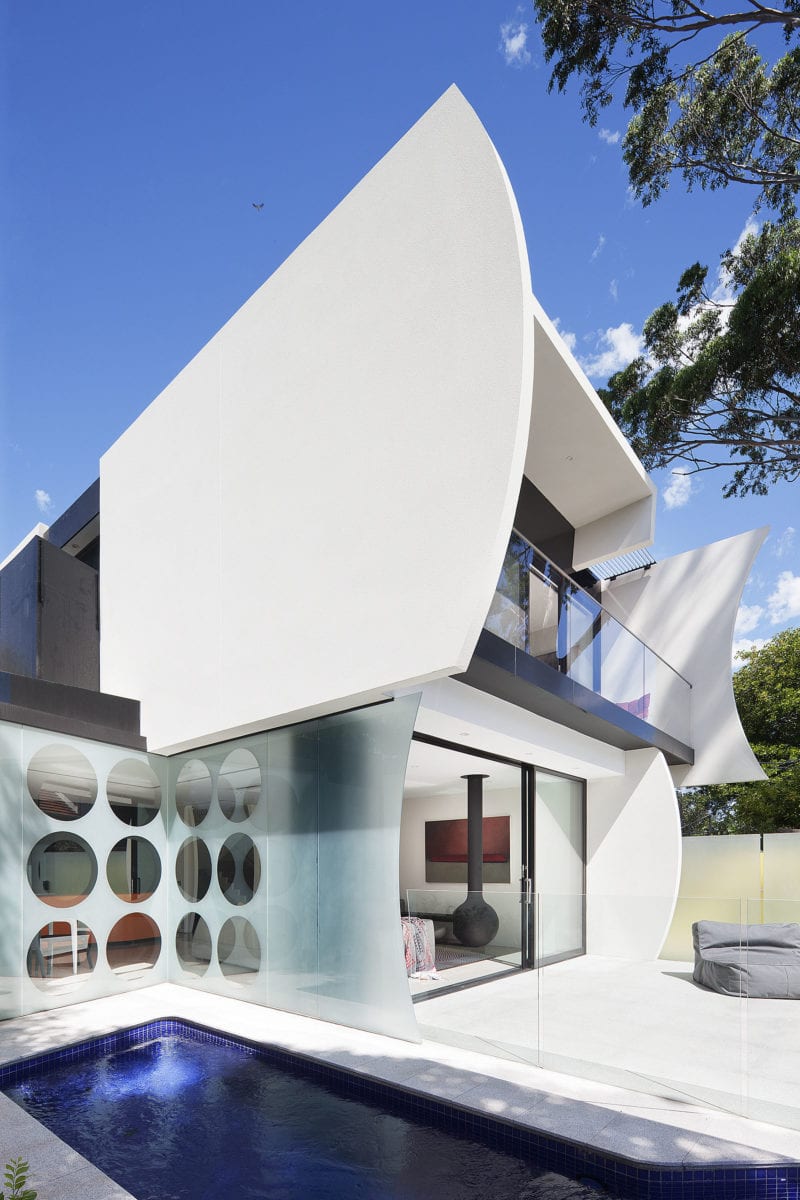 “I wanted to create a setting that was like living in a sculpture,” he says of the effect achieved when walking through the space. “The whole house is about creating delight with curves and the play of shapes.” 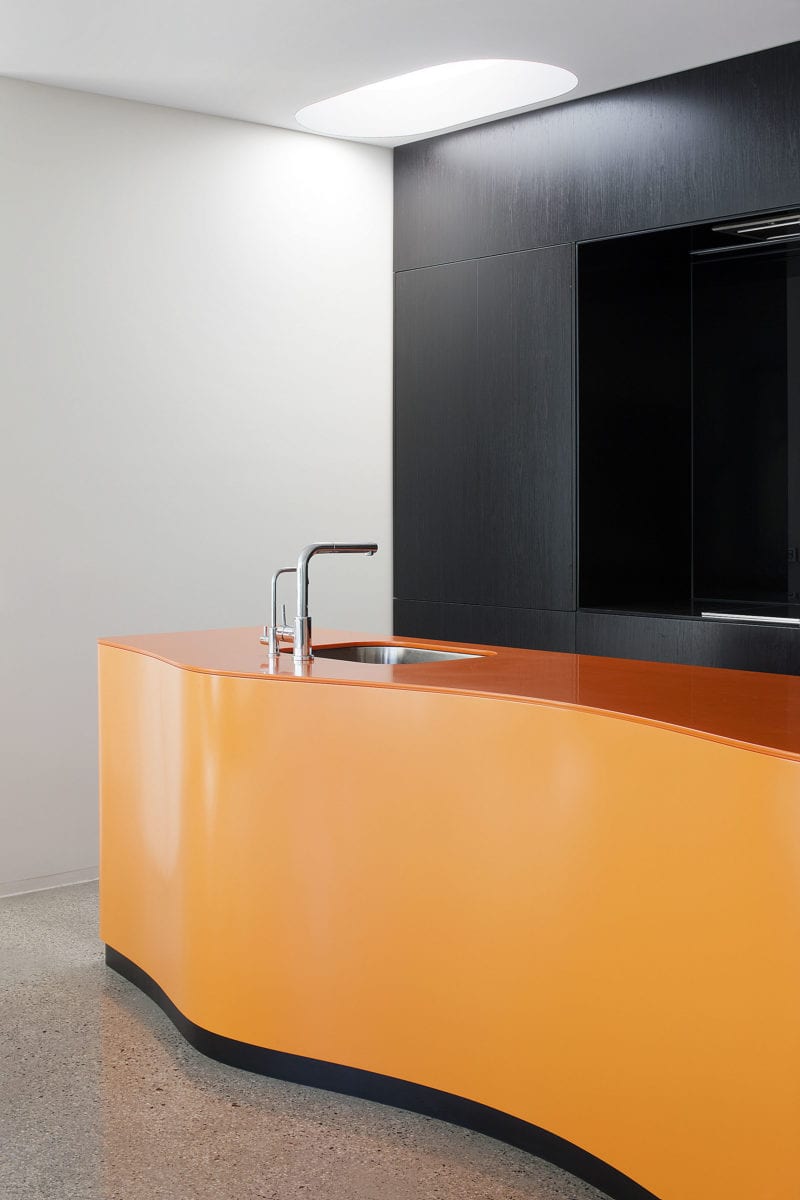 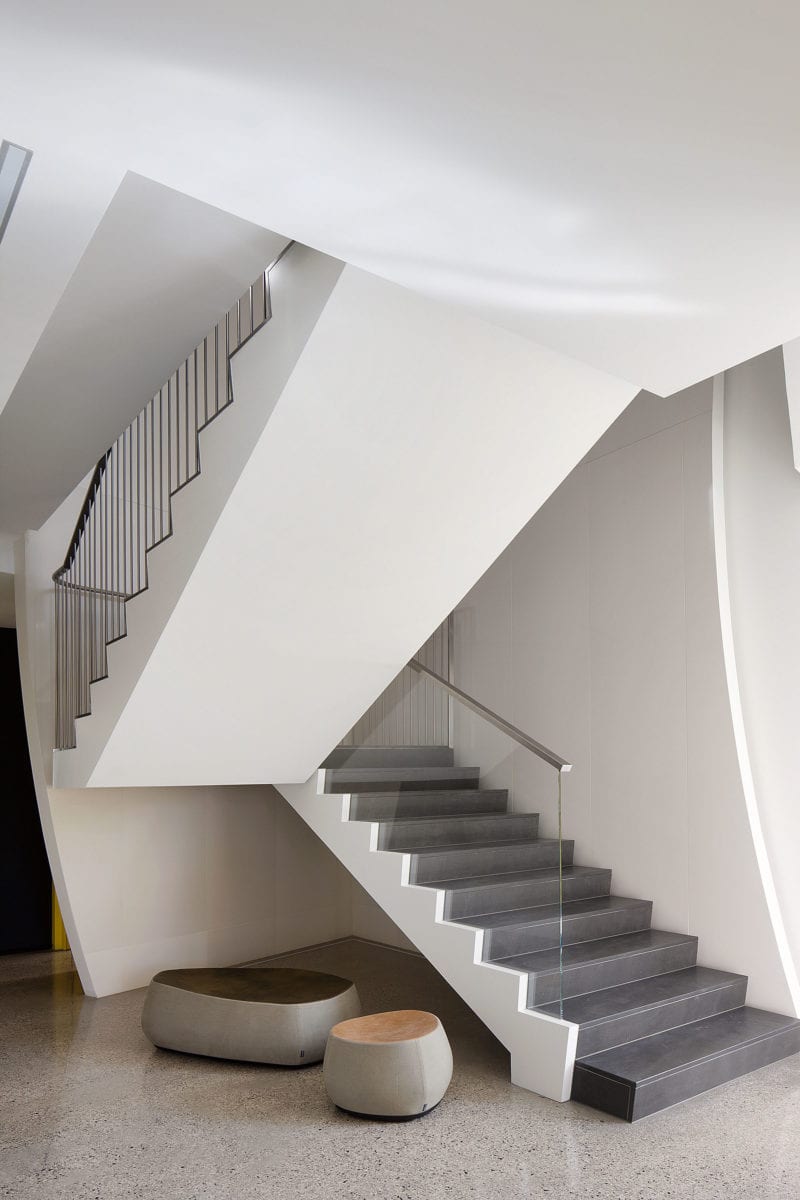 “When you go down the road of relying on the planes playing off one against each other and using that as your main idea for the house, you need to keep the finishes austere and minimalist.” 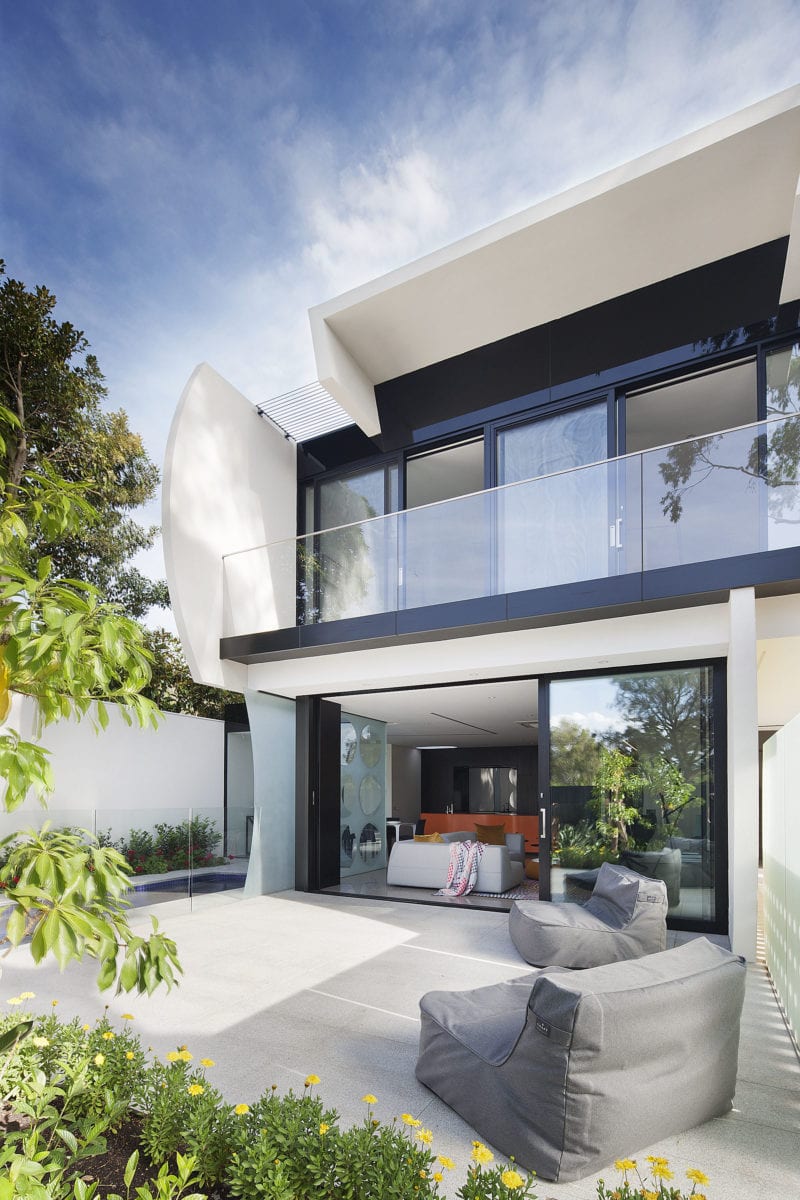 When multiple planes are overlaid, a play of secondary shapes in space becomes visible in the house, taking into consideration the idea that the eye is always roving as you move through a space and see it from different viewpoints to understand where you are. Field House is a low maintenance home.

With a hand-crafted polished concrete floor, it is designed to maintain comfort using passive design principles with screens, skylights and glazing that result in a happy play of shapes and shadows in constant movement throughout the day. Solid boundary walls on the east and west side provide passive thermal control and respond to the architectural concept. 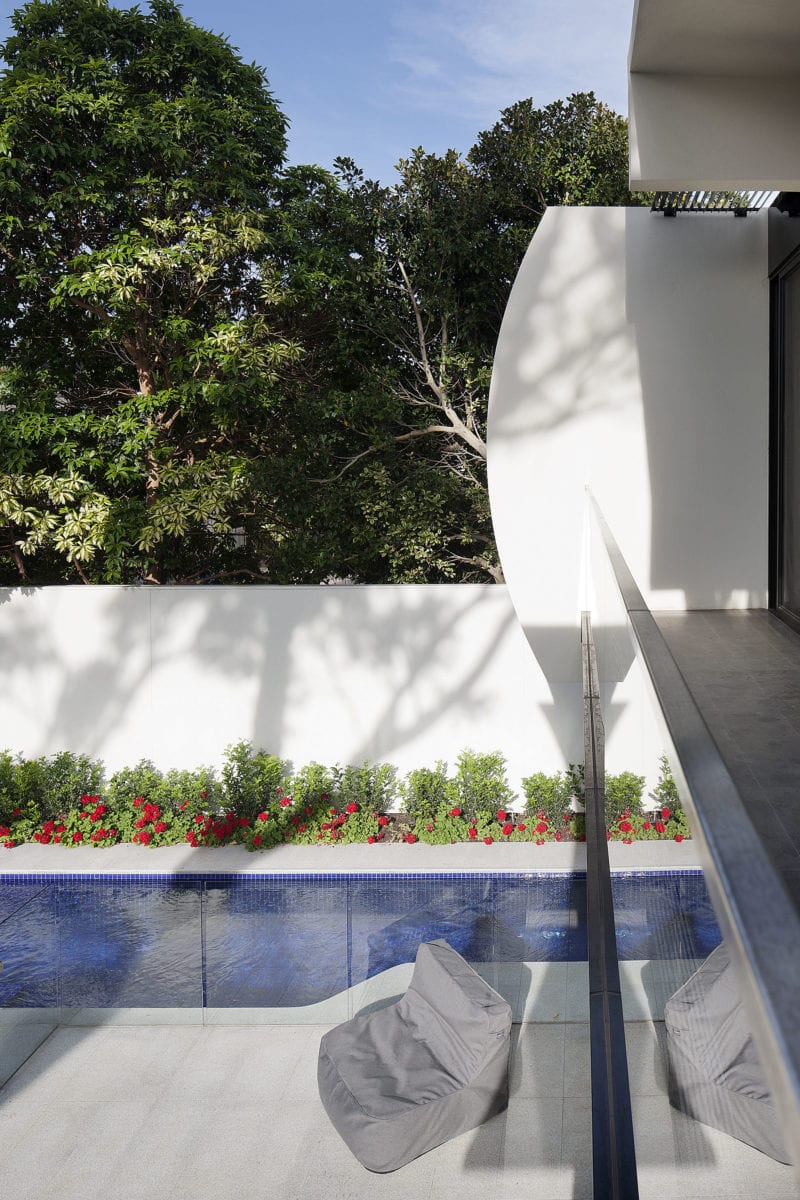