As the final stage of the original Botanicca Corporate Park scheme, the newly designed Building 3 by Gray Puksand references and builds upon the established precinct.

The two-tower design concept for Botanicca Building 3 draws upon the approved masterplan by respecting the existing massing and original urban design solution. Growthpoint, the developer of the site, wanted a building that would exceed the benchmarks of the buildings around Botanicca.

The heights of both buildings rise to the western end of the site, providing a gradual ascent, and establishing a significant landmark for the entire precinct.

The two towers have a clear break in their massing to produce a scale and interest to the Swan Street frontage, a key component of the building’s urban design contribution. 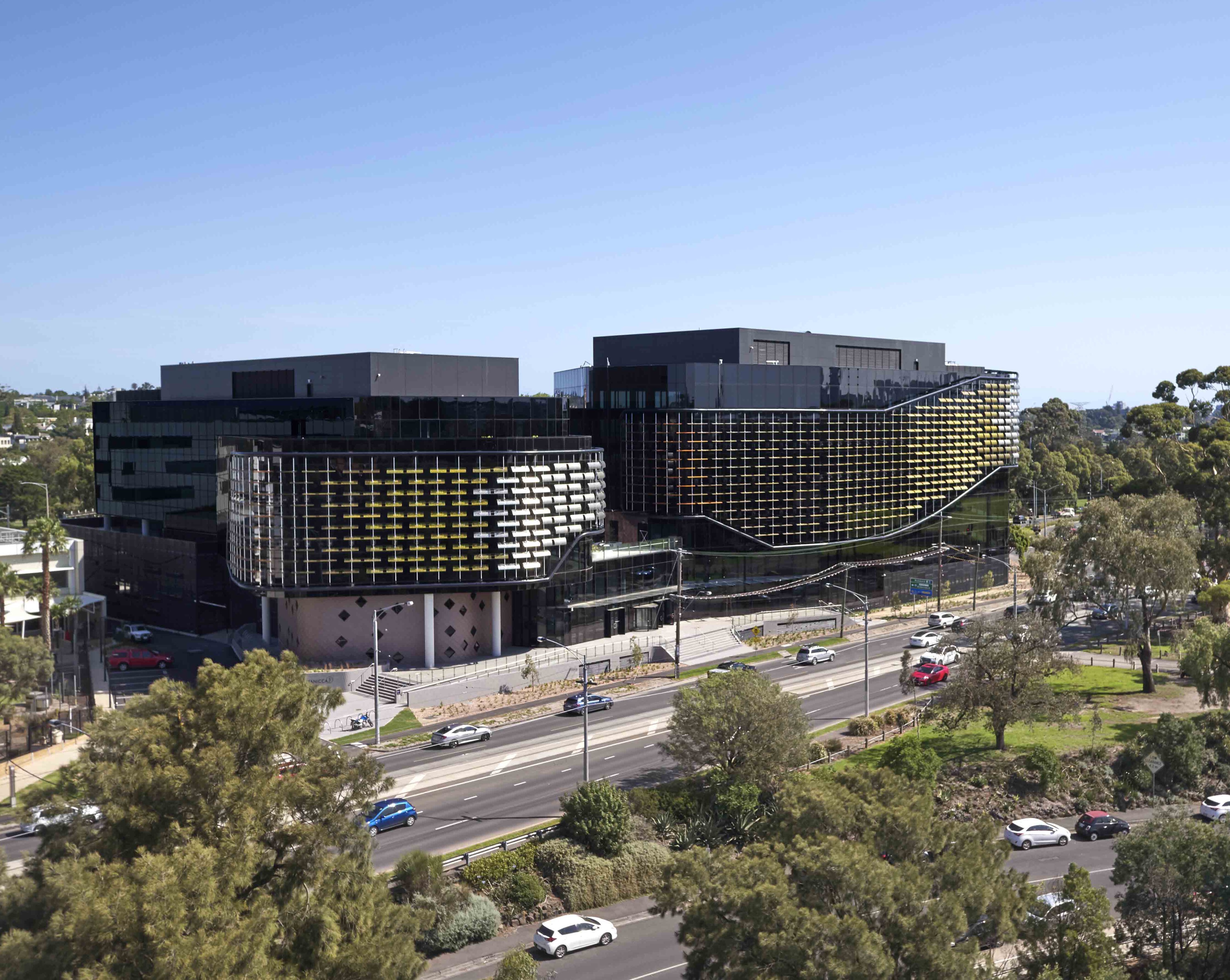 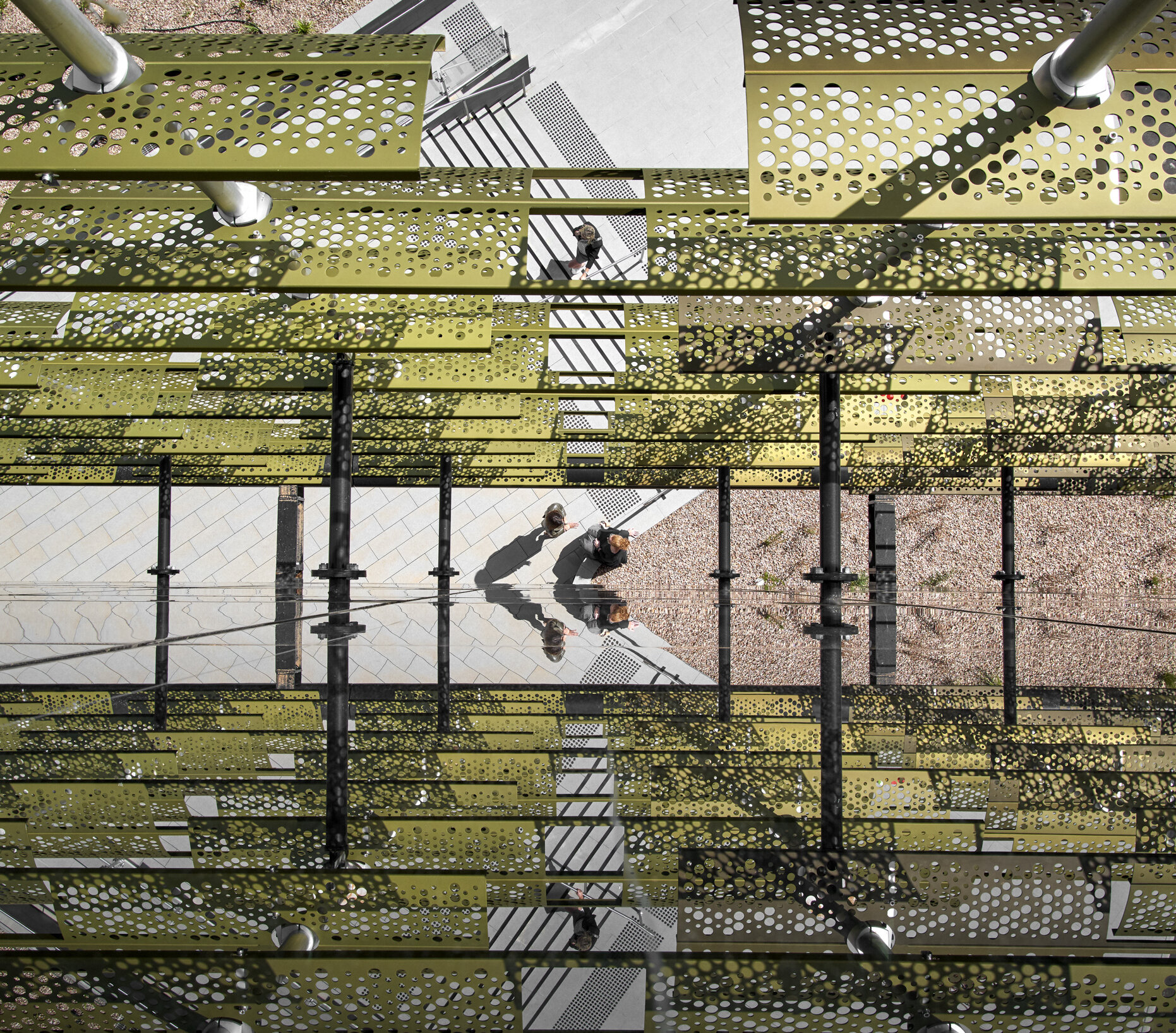 Coloured, perforated sunshades provide a uniform architectural vernacular across the towers. The frame supporting these sunshades is the defining feature, emphasising the ascending form.

The colours of the sunshades are inspired by the native flora in the area. Specifically river red gums and the site’s existing scar tree. “Colours that are found in the river red gums are used to provide a multi-coloured and multi-faceted façade. We aim to bring back to the site the colours that existed over 200 years ago,” says Tabain.

The space between the two towers will become an area of activity for the building’s occupants. It is intended to provide a rooftop garden and half-size basketball court. It is envisaged this space will be used often throughout the varying seasons of the year.

Softening the Swan Street frontage is critical to the success of the project. It is intended that the ground-floor lobby is a clear-glass element with its primary entry in the void between the two towers. A highly detailed double-height space will clearly activate Swan Street 24/7 with clever lighting in the evening to emphasise the space.

“Our solution leverages the wonderful position that Botanicca has in the inner-city fringe of Melbourne,” says Gray Puksand Partner Nik Tabain. “The design provides two separate towers with large floor plates, but not so large that people are in deep parts of the floor away from windows.”