The Home of Australian Icons – a new Melbourne headquarters designed by Gray Puksand for David Jones and Country Road Group.

David Jones and Country Road Group, owned by parent company Woolworths Holdings Limited (WHL), have collocated their headquarters in Melbourne in what is a fresh start for the major retailers.

With support from the Victorian Government, David Jones moved their entire 178-year-old retail operation from Sydney to Melbourne with a desire to encourage as many existing staff as possible to make the interstate move. Country Road Group, including the fashion brands Trenery, Witchery, Mimco and Politix, moved from their existing Melbourne headquarters. 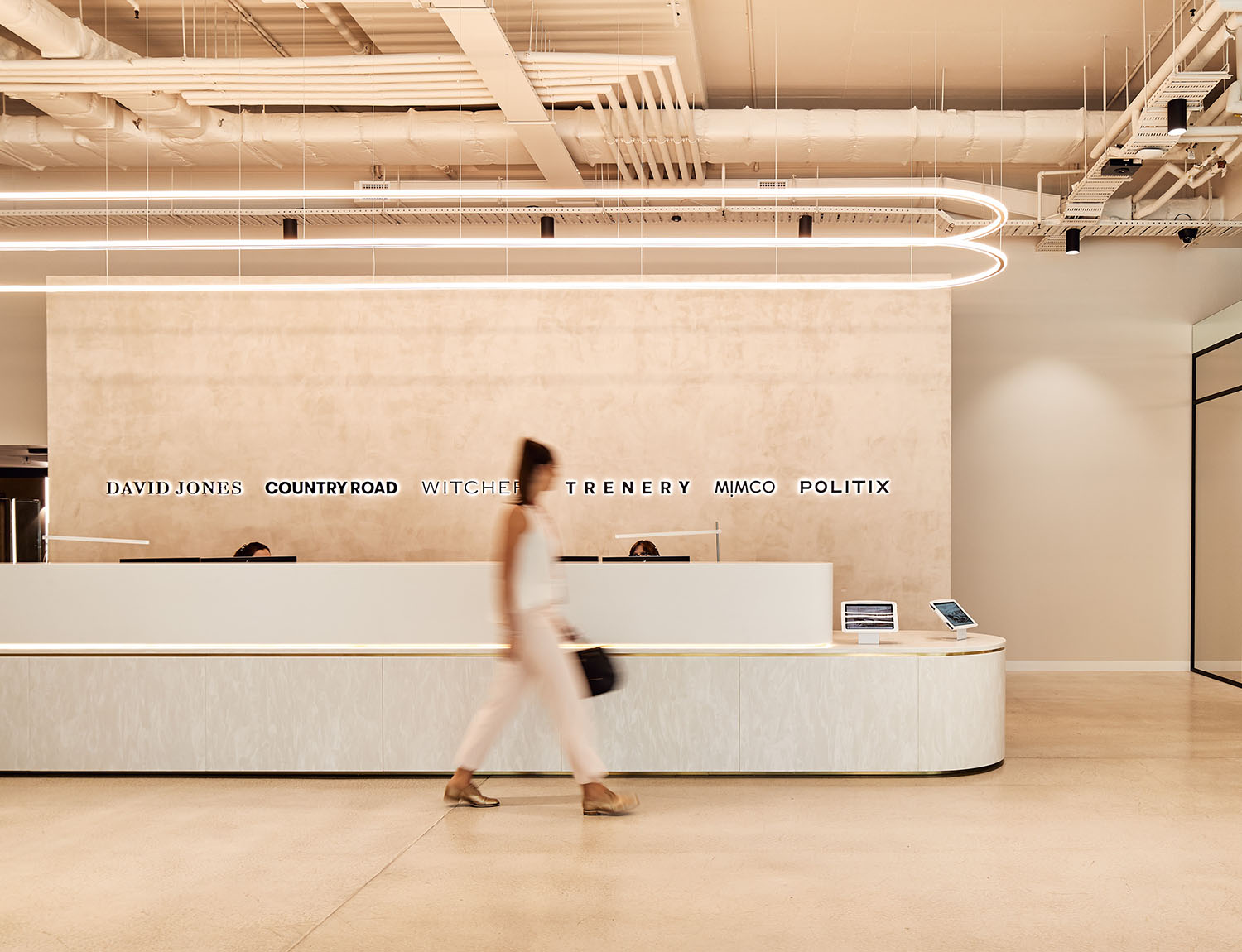 The first stage commenced in January 2017 and was delivered by August 2017 on the successful relocation of David Jones to the 9000sqm two-level building.

Work then began on the five-level Building Two which was completed 12 months later in September 2018.

During a rigorous series of 40-person workshops at the start of the project, the theme of The Home of Australian Icons evolved and became the central design strategy our design team used to achieve a result that sees seven brands feeling like one while maintaining their own identity and autonomy.

The workspaces align the culture of David Jones and Country Road Group with the physical environment through considered, sophisticated design and embraces WHL’s Good Business Journey, an environmental strategy to become one of the world’s most environmentally and socially responsible retailers.

The new headquarters is enduring, elegant and simple enough but made more beautiful by the seasonal retail activity, colour and movement applied across the top of the space and throughout the light filled atrium.