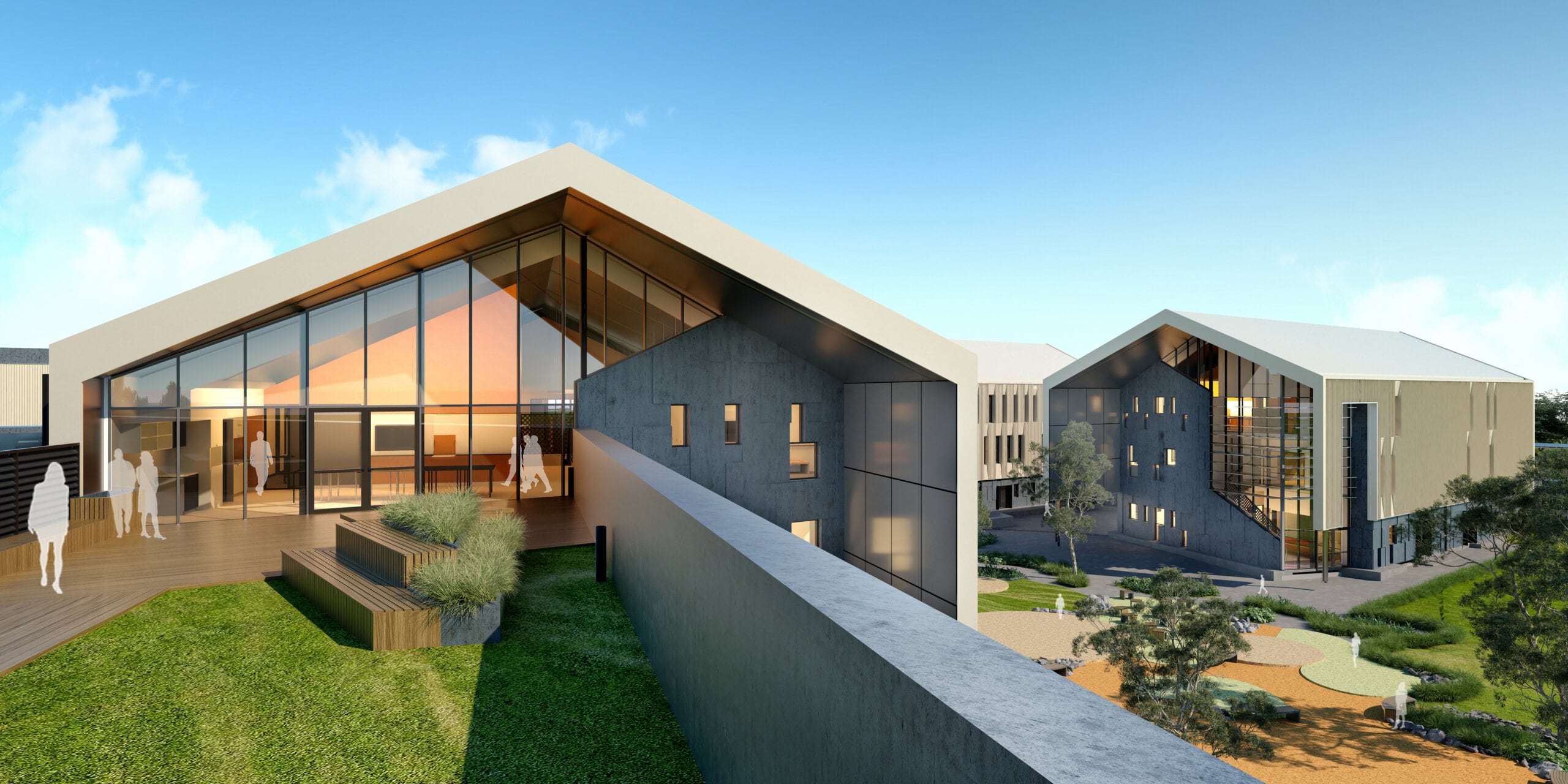 Shepparton High School, the site on which the college is being built, is one of the earliest high schools in northern Victoria with the original schoolhouse opening in 1909 to just 31 students. More than a century later, this historic schoolhouse will be complemented by five world-class buildings delivering contemporary and innovative learning spaces capable of housing up to 2,700 students.

“The merger of secondary schools allows for more facilities, education pathways and opportunities for all students rather than replicating or sharing amenities among multiple sites,” says architect Turner, a partner with Gray Puksand. It also allows students to be closer and better able to engage with Greater Shepparton’s industry, central business district and growing tertiary facilities.

There were a number of challenges that faced Gray Puksand, but one in particular: creating a school large enough to offer students unprecedented educational opportunities while retaining a “small school” feeling of community and inclusion.

The design strategy taken by Gray Puksand was to create a series of smaller school buildings, conceived as house-like-pods that feed into their own “neighbourhood”. Nine student Houses, complete with pitched roofs, are arranged in groups of three, with each Neighbourhood building accommodating up to 900 students from Years 7 to 12. A student’s House at Greater Shepparton Secondary College will become their “home” throughout their schooling.

“It’s about getting to know your own house and becoming familiar with things in your neighbourhood, not that dissimilar to where you live,” says Turner.

Rather than segment various subjects, there’s a sense of fluidity in each House where the arts through to the sciences are taught. Each neighbourhood structure also includes a library, theatrette and breakout areas for students.

Apart from the three Neighbourhood buildings, an Enterprise and Innovation Centre will provide focused specialist teaching and learning areas such as Science, Music, Arts, Drama, Robotics and Material Technology. A gymnasium with dedicated specialist learning and dance spaces completes the new school buildings, while the original schoolhouse will be used for student health and wellbeing services.  And in keeping with the changing methodology in teaching, there’s an absence of traditional classrooms and a broader arrangement of learning environments for both staff and students.

This new model may seem radical in 2020, but as we move forward there will be greater emphasis placed on creating larger schools, closer to existing community infrastructure like transport, shopping, tertiary education and community amenities. And as with housing that is endeavouring to contain urban sprawl, schools will extend vertically, for greater efficiency in the use of land and amenities.

On the Road to COVID Normal - News