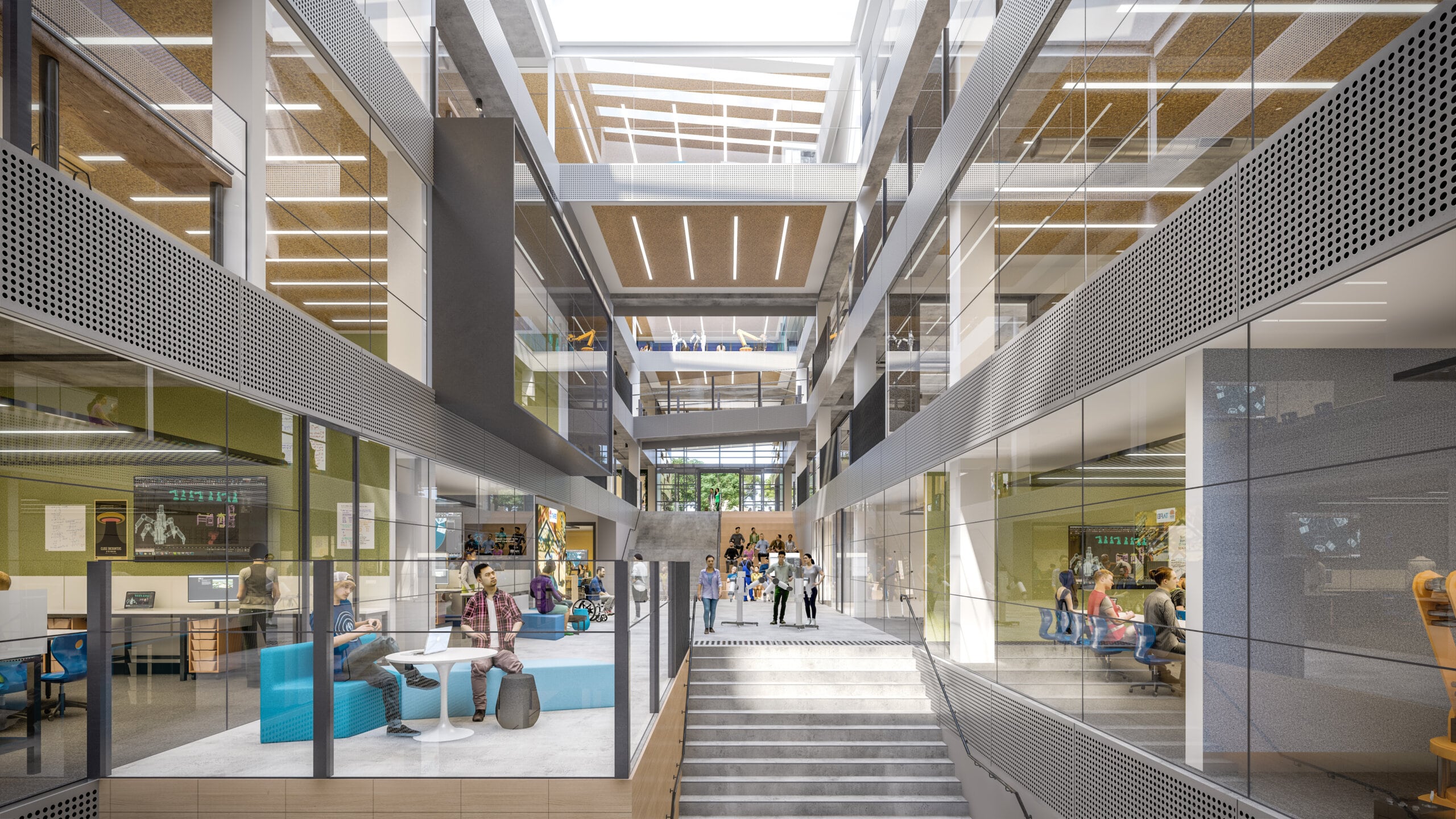 A multi-trades and digital technology hub as part of the Meadowbank Educational & Employment Precinct, NSW

Considered to be a prototype for how some TAFE campuses will be delivered in the future, the TAFE NSW Meadowbank is an important milestone for Gray Puksand. Designed for the digital age and robotics, this TAFE will also focus on cybersecurity. “It will be a prototype for how TAFE in New South Wales will be delivered,” says architect Stephen Turner, a partner of Gray Puksand, who worked closely with project director, architect Craig Saltmarsh.

Located on a 6-hectare site, Gray Puksand master planned this TAFE campus, locating its core closer to the nearby Meadowbank railway station and adjacent to a main street to increase accessibility. Now considered to be the demographic centre of Sydney, the intent was not only to create unrivalled amenities, but also a civic presence.

The TAFE’s heroic trapezoid-shaped roof hovers above the building, appearing two-storey from the street, but extending to five levels at the rear (due to the fall in the land of approximately 12 metres). Cantilevered glass pods, ‘hovering’ below the broad roofline, have been conceived for spaces dedicated to aligned industries, including research and exhibition areas. Although the TAFE appears monumental in scale from the street, it’s not until one passes the forecourt and threshold into the building that the true scale is fully revealed. The multi levels are instantly taken in, along with the dramatic voids over the main ‘street’ or thoroughfare. And unlike the TAFEs of the past, where spaces were all fully enclosed (shed-like), Gray Puksand has created open and transparent areas, with clear sight lines through virtually the entire campus.

Although TAFE NSW Meadowbank includes some of the more familiar touchstones associated with trades, such as building and plumbing (work benches, welding booths and plumbing pits), there are as many amenities associated with universities: touch-down points, breakout areas, kitchen facilities and importantly, a new and sophisticated digital side to these trades that have long been outside these fields. Rather than seen as an area that’s a student’s second choice during the latter years of school, this new campus will clearly demonstrate the numerous other options open to school leavers. As important in the delivery is the strong liason between education and industry, with businesses located within the Multi-Trades and Digital Technology Hub.

With years of working with TAFEs in Australia, Gray Puksand understands not only the present requirements that need to be addressed, but also elements that need to be included going forward. “It’s important that the spaces are flexible and bring the various trades together, creating permeability with ideas and the shared spaces,” says Turner. And along with changes in approach, there’s the understanding that trades and the noise that come with them, need to be addressed. So while there’s a high degree of transparency and flexibility, there’s also a careful layering of spaces with acoustic controls in place.

The TAFE NSW Meadowbank will appear to herald in a brand new age for the trades when it’s completed in 2022, creating a paradigm shift in how this educational segment is delivered. 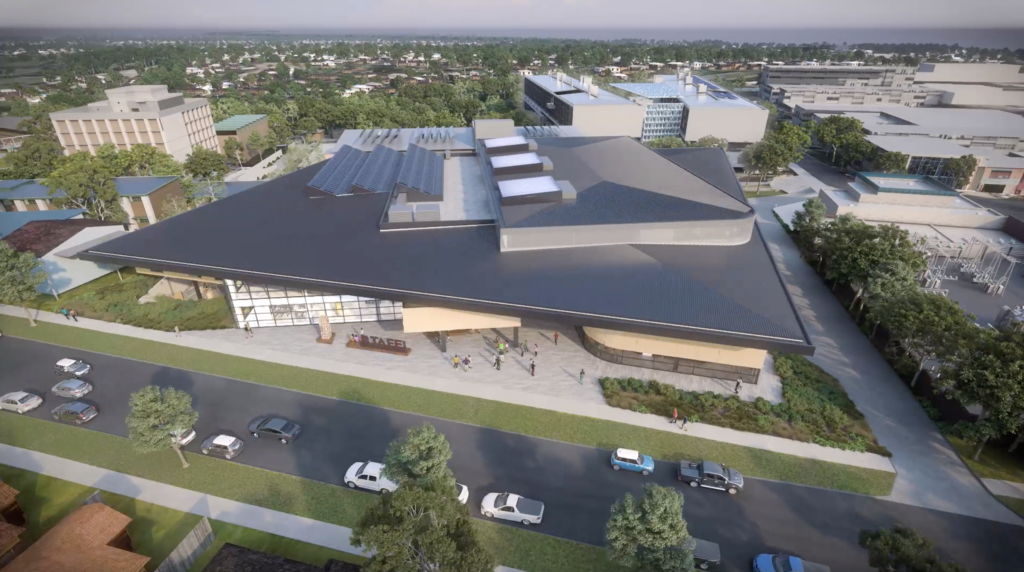 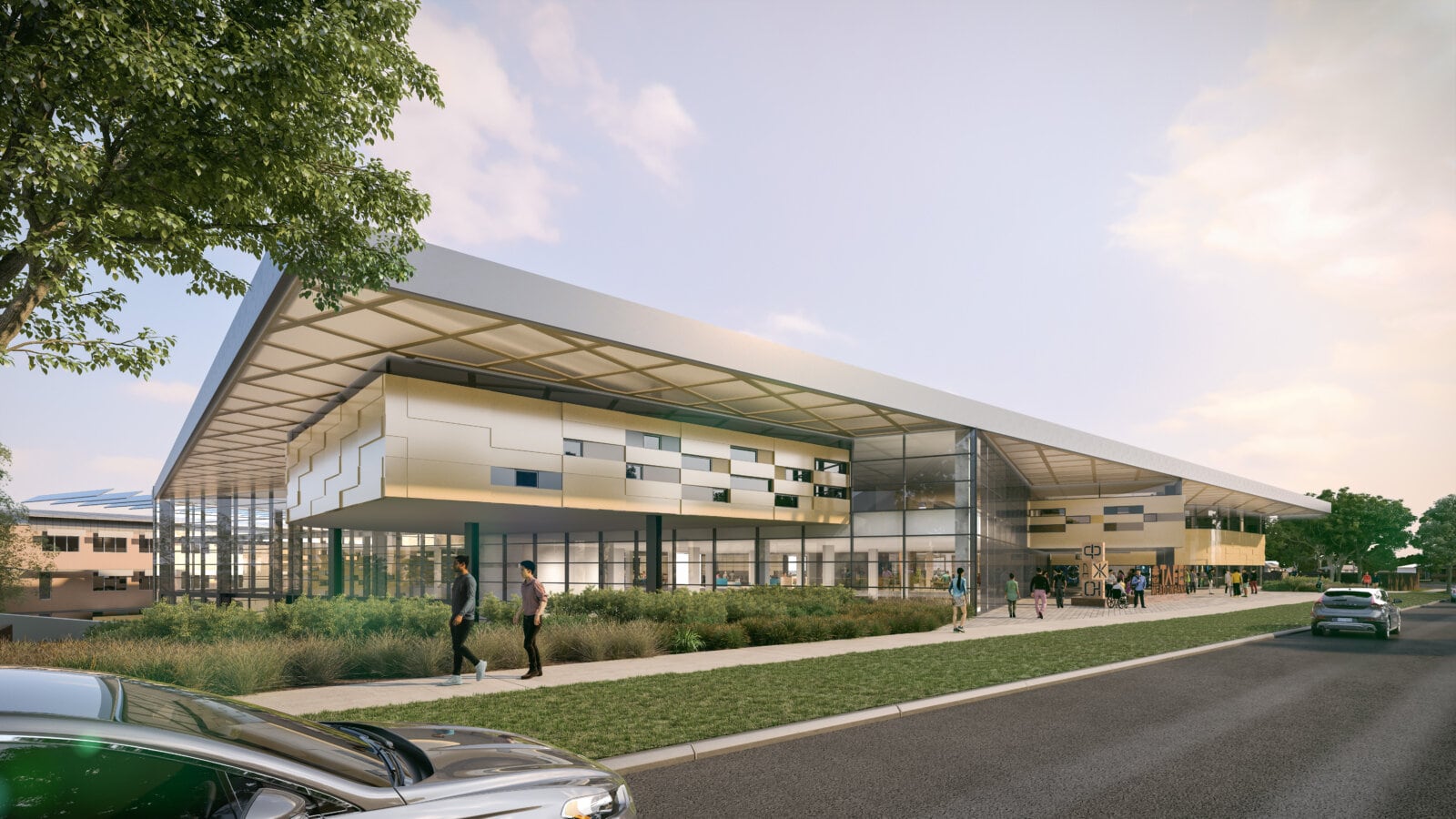 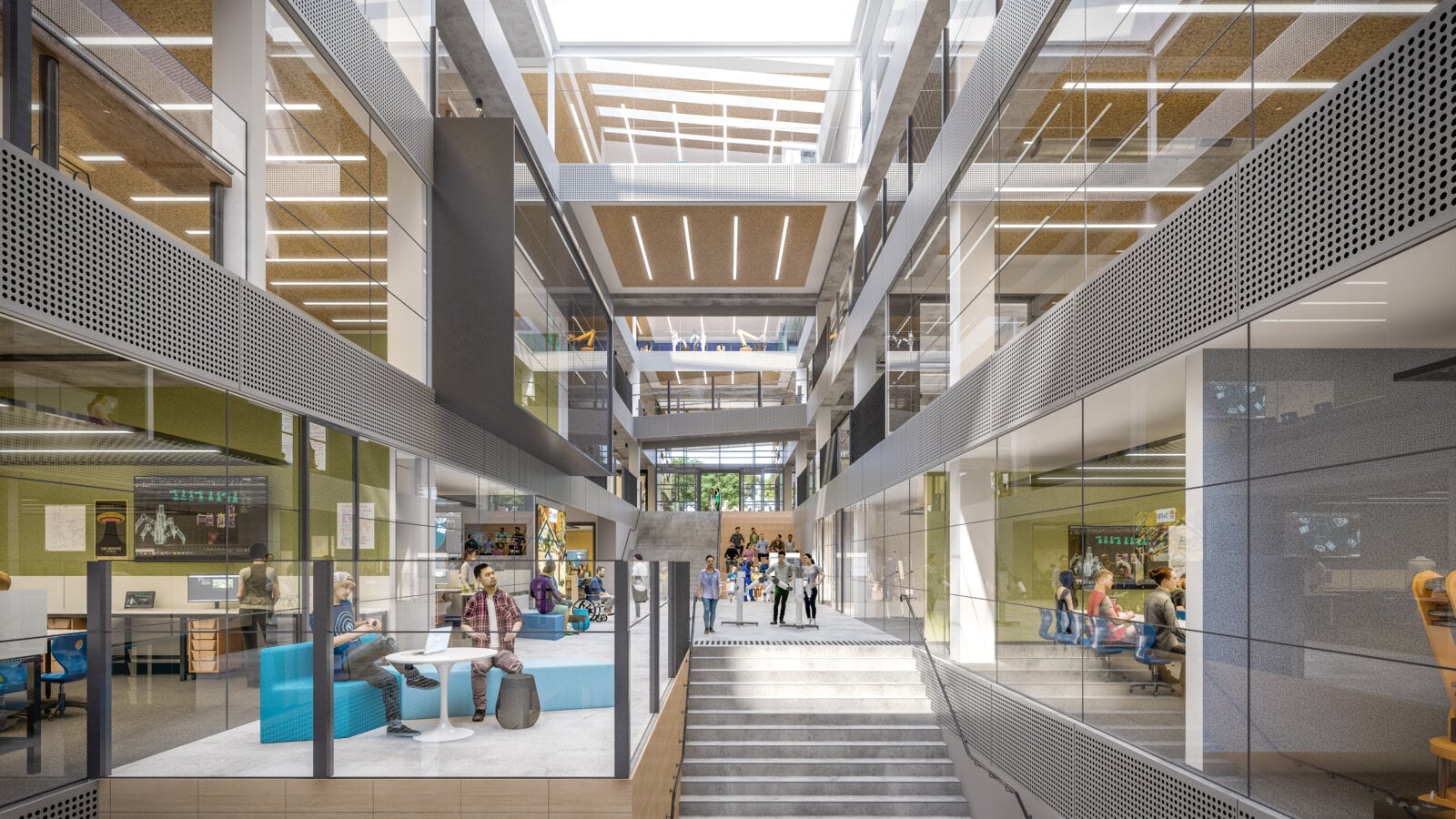 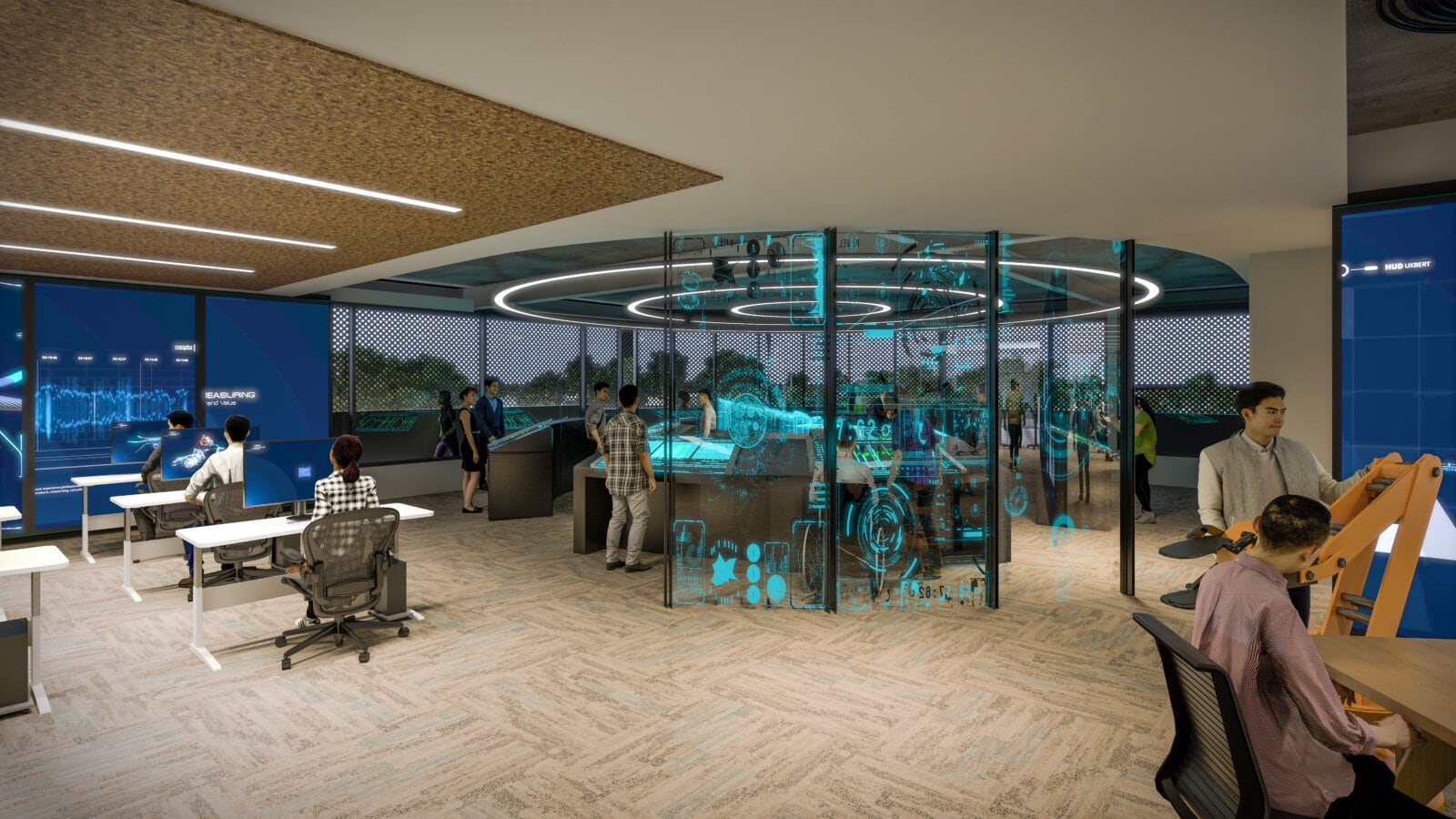